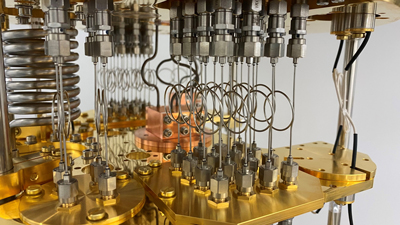 Figure 1: A photograph of a dilution refrigerator that houses qubits. © 2022 RIKEN Center for Quantum Computing

Rebooting a quantum computer is a tricky process that can damage its parts, but now two RIKEN physicists have proposed a fast and controllable way to hit reset1.

“However, to reuse the same circuit for multiple operations, you have to force the qubits back to zero fast,” says Jaw Shen Tsai, a quantum physicist at the RIKEN Center for Quantum Computing. But that is easier said than done.

One of the best current ways to hit reset for qubits built from tiny superconductors is to link the qubit to a photon—a particle of light—in a tiny device called a resonator. The qubit transfers its energy to the resonator, after which the photon in the resonator decays, releasing its energy to the environment. This process causes the qubit state to drop back to the ground state (zero). The trouble with this method is that permanent entanglement to a decaying photon rapidly degrades the qubit’s quality, so that it rapidly ceases to be useful for future operations. “It’s bad for the qubit, whose lifetime becomes short,” says Tsai. 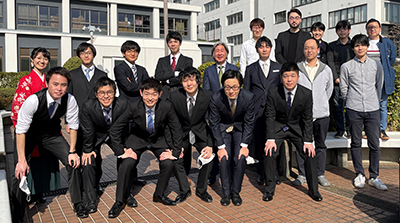 Jaw Shen Tsai (second row, fifth from the left) with the team he leads. Together with Teruaki Yoshioka (second row, first on the right), Tsai has devised a new technique for quickly resetting qubits without damaging them. © 2022 RIKEN

Now, Tsai and his RIKEN colleague Teruaki Yoshioka have devised a simulation to help find a better way of resetting the qubit, without harming it.

Based on their calculations, the pair proposed building a resonator that can be controlled using an additional junction made by sandwiching a superconducting material with an insulator, a normal metal, another insulator and another superconductor. This layered junction is controlled by applying a voltage. While the qubit operation is being carried out, the set-up is tuned so that the photon cannot decay. Only when the operation has been completed do the physicists change the voltage, allowing the photon to release energy. “This adjustable resonator is the key to our proposal,” says Tsai.

The team is now testing this set-up, which is held at low temperatures using a dilution refrigerator (Fig. 1), with promising results. “This device should be very useful if we can implement it in a quantum circuit,” Tsai says.