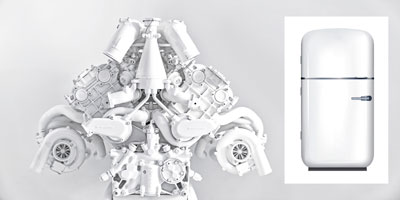 Figure 1: RIKEN researchers have produced a quantum nanodevice that can behave both as an engine and a refrigerator—at the same time. Left: © Martin Steinthaler/Getty; Right: © lilographik/Getty

A multitasking nanomachine that can act as a heat engine and a refrigerator at the same time has been created by RIKEN engineers1. The device is one of the first to test how quantum effects, which govern the behavior of particles on the smallest scale, might one day be exploited to enhance the performance of nanotechnologies.

Conventional heat engines and refrigerators work by connecting two pools of fluid. Compressing one pool causes its fluid to heat up, while rapidly expanding the other pool cools its fluid. If these operations are done in a periodic cycle, the pools will exchange energy and the system can be used as either a heat engine or a fridge.

It would be impossible to set up a macroscale machine that does both tasks simultaneously—nor would engineers want to, says Keiji Ono of the RIKEN Advanced Device Laboratory. “Combining a traditional heat engine with a refrigerator would make it a completely useless machine,” he says. “It wouldn’t know what to do.”

But things are different when you shrink things down. Physicists have been developing ever smaller devices, sometimes based on single atoms. At these tiny scales, they have to account for quantum theory—the strange set of laws that says, for instance, an electron can exist in two places at the same time or have two different energies. Physicists are developing new theoretical frameworks and experiments to try to work out how such systems will behave.

The quantum version of the heat engine uses an electron in a transistor. The electron has two possible energy states. The team could increase or decrease the gap between these energy states by applying an electric field and microwaves. “This can be analogous to the periodic expanding–compressing operation of a fluid in a chamber,” says Ono, who led the experiment. The device also emitted microwaves when the electron went from the high-energy level to the lower one.

By monitoring whether the upper energy level was occupied, the team first demonstrated that the nanodevice could act as either a heat engine or as a refrigerator. But then they showed something far stranger—the nanomachine could act as both at the same time, which is a purely quantum effect. The researchers confirmed this by looking at the occupancy of the upper energy level, which combined to create a characteristic interference pattern. “There was an almost perfect match between the experimental interference pattern and that predicted by theory,” says Ono.

“This may allow rapid switching between the two modes of operation,” Ono explains. “This ability could help create novel applications with such systems in the future.”