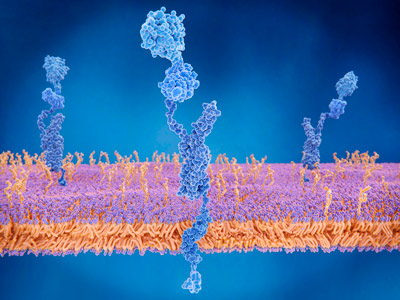 Figure 1: An illustration depicting the amyloid precursor protein at a cell membrane. Shinobu Kitazume and her team produced mice that expressed the protein in their endothelial cells and then crossed them with a model mouse for Alzheimer’s disease. © JUAN GAERTNER/SCIENCE PHOTO LIBRARY

For the first time, RIKEN biologists have produced a mouse that both approximates Alzheimer’s disease in humans and exhibits significant buildup of a peptide called amyloid beta in blood vessels in the brain, which often goes hand-in-hand with Alzheimer’s in humans1. This will help researchers to explore the connection between the two conditions.

Despite being the most common form of dementia, affecting tens of millions of people globally, and the focus of extensive research over decades, Alzheimer’s disease still lacks an effective treatment.

A plethora of genetically engineered mice with Alzheimer-like conditions has been developed to investigate the neurodegenerative disorder, but none of them perfectly reproduces Alzheimer’s in humans. In the past, several potential drugs showed a lot of promise in mice only to flop when they underwent clinical trials in human patients. 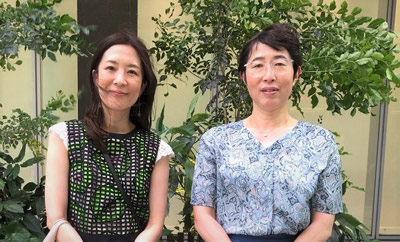 Now, Kitazume, who is also at the Fukushima Medical University School of Medicine, and her co-workers have succeeded in producing a model mouse for Alzheimer’s that has significant amyloid beta accumulation in the brain blood vessels.

Kitazume, who is a biochemist by background, discovered that mice and rats had much lower levels of the soluble precursor protein for amyloid in their bloodstream than humans. She speculated that was because their endothelial cells—cells that line blood vessels—produced low levels of the precursor. Yuriko Tachida in Kitazume’s team then produced mice that expressed the human version of the amyloid precursor protein in their endothelial cells. When they crossed these mice with conventional Alzheimer model mice produced by colleagues at RIKEN, the resulting mice exhibited both Alzheimer-like characteristics and high amyloid beta deposition in their brain blood vessels.

Kitazume sees a lot of potential to use the mice to both explore the buildup of amyloid beta in brain blood vessels as well as how it interacts with Alzheimer’s disease. “There are several interesting ways to use these mice,” says Kitazume. “And already several pharmaceutical companies have expressed interest in using them.”