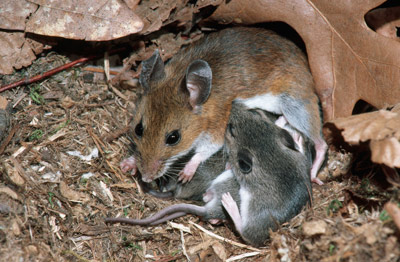 The radical flip in attitude of male mice toward pups on the birth of their own offspring—from aggressive to nurturing—stems from the hormone oxytocin, RIKEN neuroscientists have discovered1. This surprising finding could also have implications for human fathers.

A mature male mouse that has never mated will often attack and even kill pups, but the same mouse can become a doting father on the birth of its own young. The neurological basis for this transformation, which is seen in many other animals, has been a mystery until now.

Kazunari Miyamichi at the RIKEN Center for Biosystems Dynamics Research is intrigued by this and other examples of rewiring in the brain. “One of the most fascinating aspects of the brain is its ability to change in response to previous experience and the specific demands of a life stage,” he says. “This neuroplasticity is caused by alterations in the strengths of synaptic connections, but it’s generally tough to pinpoint which neurons or neural circuits undergo a plastic change upon any biological event.”

Now, in a mouse study, Miyamichi and his co-workers have shown that neurons that secrete oxytocin in a brain region called the paraventricular nucleus in the hypothalamus are responsible for activating the paternal instincts of new fathers. 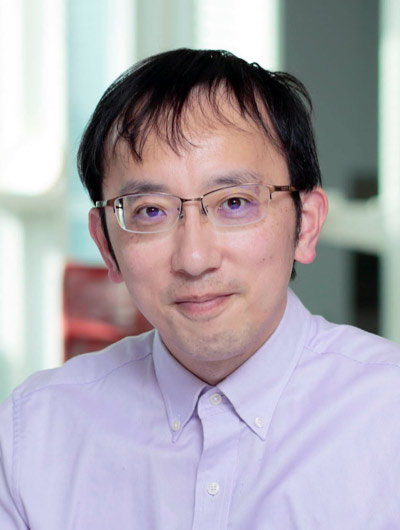 Kazunari Miyamichi and his co-workers have shown that neurons that secrete oxytocin in the paraventricular nucleus of the hypothalamus activate paternal behaviors of male mice toward their pups.© 2022 RIKEN

This discovery unlocked a slew of surprises for Miyamichi, who himself flipped from studying the neuroscience of smell to that of fatherhood on becoming a father.

For a start, he didn’t anticipate that a single factor, oxytocin, would have such a strong effect on fathers. “While females experience many physiological and endocrinological changes to their bodies on becoming mothers, any neuro-endocrinological changes in males were thought to be subtle or non-existent,” he says. “But we found that oxytocin—a hormone associated with childbirth and lactation—exerts a strong effect in male mice.”

There could be repercussions for human fathers. “One study has reported that human fathers who experience more skin-to-skin contact with their children tend to have elevated levels of oxytocin in their blood,” says Miyamichi. “And so we speculate that oxytocin plays significant roles in human fathers as well.”

The team now intends to explore both the mechanisms that give rise to the neural plasticity of fathers and how oxytocin facilitates caregiving behaviors in fathers.