Increases in the energy efficiency of organic light-emitting diodes (OLEDs) are usually incremental, but the discovery of a rule-avoiding fluorescent organic compound by RIKEN chemists promises to dramatically boost display efficiencies1.

The displays of mobile devices are inherently wasteful. Hund’s rule—a quantum-mechanical principle formulated nearly a century ago—dictates that for every excited fluorescent molecule that radiates light when it returns to its lowest energy level, there are three that do not give off light. This means the highest quantum energy efficiency that engineers can aim for is 25%.

Every fluorescent compound found until now obeys Hund’s rule, which specifies that the light-emitting excited state will have a higher energy than the non-light emitting one. Previous strategies to improve the energy efficiency of OLEDs have sought to make this energy difference as small as possible.

But now, Yong-Jin Pu, who is at the RIKEN Center for Emergent Matter Science, and co-workers have found an organic compound (Fig. 1) in which the energies of the two states are flipped. This allows molecules in the non-light emitting state to drop down to the light-emitting one, which in theory permits all molecules to fluoresce, offering a potential quantum energy efficiency of 100%. 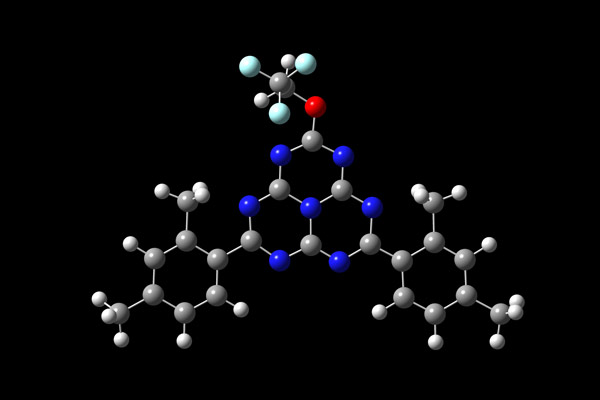 Figure 1: The molecular structure of an organic fluorescent compound that can open up the way to produce OLEDs that are much more energy efficient. © VOLKER STEGER/SCIENCE PHOTO LIBRARY

The finding has come as a shock to many. “Even after we published this paper, researchers in the field have had a hard time believing this phenomenon because the molecule is so special,” says Pu.

The reason why the molecule manages to avoid Hund’s rule is still a mystery. “To be honest, we don’t know why it works,” says Pu. “We found this phenomenon experimentally, but we still don’t know its mechanism. That’s something we intend to explore.”

The team demonstrated the usefulness of their compound by using it to realize an OLED device that had a quantum energy efficiency of 85%.

Pu and colleagues found the compound by performing computer simulations on nearly 35,000 compounds based on the molecule heptazine, which consists of three rings of carbon and nitrogen atoms. They did this because previous theoretical studies had suggested that heptazine-based compounds would be a good place to look for compounds that disobey Hund’s rule. The researchers then synthesized two blue-fluorescent compounds from a shortlist of about 5,250 promising compounds, and one of them turned out to be avoiding Hund’s rule.

The team is now working with a company to commercialize the technology, which could find applications in lighting and lasers as well as displays.