Flows of cold gas falling onto two of three protostars in a stellar nursery about 450 light years away have been spotted by RIKEN astronomers1. This discovery provides valuable insights into how stars form in these nurseries.

Stars often have several siblings, being birthed in clouds of dust and gas that cradle multiple protostars. Such multiple-protostellar systems hold a special fascination for Nadia Murillo Mejias of the RIKEN Star and Planet Formation Laboratory. “Multiple stars are responsible for some of the most interesting phenomena in the Universe—everything from binary black holes to mergers that cause gravitational waves to cataclysmic variable stars,” she says.

But despite their importance, there is still much we don’t know about multiple-protostellar systems. For example, it is unclear whether gas from the cloud flows fairly evenly onto developing protostars or whether some receive much more than others. This question is important since an uneven distribution of material would influence the evolution of multiple-protostellar systems.

Now, Murillo Mejias and co-workers have found strong evidence that the gas flows unevenly onto protostars in such systems. Specifically, they discovered that cold gas—just 10 to 30 degrees Celsius above absolute zero—is flowing onto a pair of protostars in the three-protostar system but not onto the third one. 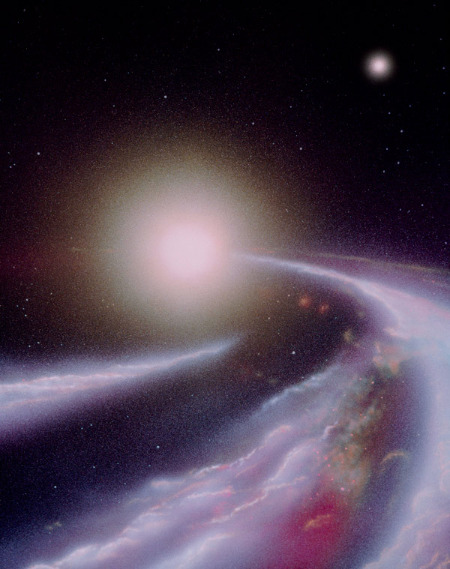 Figure 1: An artist’s impression of the birth a new star, depicting a swirling cloud of interstellar dust and gas falling into a protostar. RIKEN astronomers have observed flows of cold gas feeding a pair of developing protostars in a three-protostar system. © JULIAN BAUM/SCIENCE PHOTO LIBRARY

Despite the protostellar system having been extensively studied in the past, this was the first time that such gas flows have been observed. “It was really interesting to see these extended structures of cold gas,” remarks Murillo Mejias. “I mean their size is incredible; they’re just these giant bridges of material.”

The team was able to observe them because they looked over a wider range of frequency bands than previously. But there was still an element of serendipity involved in the discovery. “The bandwidth we observed at included the spectral lines of two key molecules in the structures,” explains Murillo Mejias. “And so it was a bit out of luck that we got to see them.”

The elongated gas flows exhibited intriguing, onion-like structures. “We observed the gas flows for several molecules, and it turns out they’re not tracing the exact same structure—they’re offset from each other, like rings in an onion,” says Murillo Mejias. The team isn’t sure what’s giving rise to this internal structure. “It’s really interesting. It could be a chemical effect or something else,” she says. “I think it’s opening another door to find out what’s happening there.”

The team is now performing more observations on the multiple-protostellar system on a larger scale and they want to see if other systems have similar gas flows. 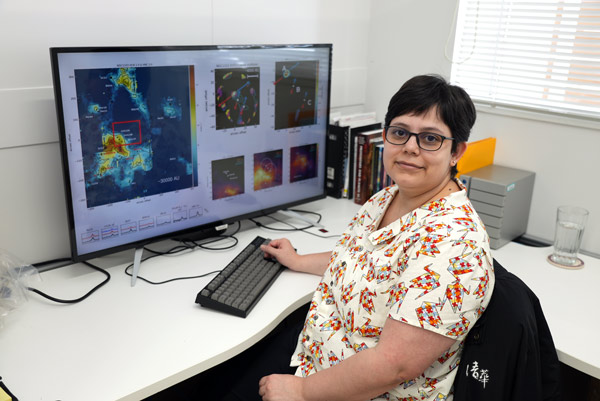 Nadia M. Murillo Mejias and her co-workers have observed a cold flow of gas onto a pair of protostars in a three-protostar system. © 2023 RIKEN