Quantum demon could boost the efficiency of tiny nano-engines 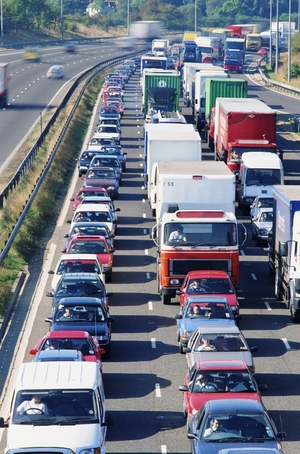 A microscopic engine that relies on the subatomic world for its power has been proposed by RIKEN researchers. If realized, it could be one of the smallest engines ever built.

Conventional heat engines, such as those that power your car, transform heat into useful work. In the case of the car engine, this is done by the expansion and contraction of gas produced in fuel combustion.

Franco Nori and Yu-xi Liu of RIKEN’s Frontier Research System, Wako, and the University of Michigan, US, and colleagues from the Chinese Academy of Sciences in Beijing, are investigating the quantum equivalent of these engines.

The scientists now believe that they have a practical design for a quantum heat engine based on superconducting circuits.

The design relies on a concept called Maxwell’s demon, originally coined by eminent physicist James Clerk Maxwell in the nineteenth century as an imaginary way to get round the second law of thermodynamics. This law insists that heat cannot flow spontaneously from a cold material to a hotter material, and that any system will naturally tend towards greater disorder.

Maxwell suggested that an imaginary demon might be able to make heat flow the ‘wrong’ way by strategically opening and closing a portal between two chambers, allowing only the faster, hotter molecules through into one of the chambers, which would gradually heat up.

This apparent contradiction to the second law can be resolved by considering the amount of information held in the system, along with its heat. Information—in the form of encoded quantum states—can also contribute to the amount of order in the system. So Nori’s team propose a ‘demon’ that processes quantum information as it helps to shuttle heat from one place to another. The team’s calculations show that this combination allows their demon to balance the system’s thermodynamic books, and potentially create an efficient engine1,2.

The work is also helping to reveal new aspects of quantum theory: “Quantum heat engines can highlight the difference between classical and quantum thermodynamic systems, and help us understand the transition and boundary between them,” says Nori.