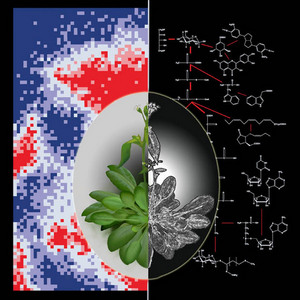 Japanese scientists have identified genes controlling the production of important compounds, known as glucosinolates, produced in food crops. Vegetable plants from the family Brassicaceae, such as cabbage, broccoli and cauliflower, produce glucosinolates, which are useful in human health and to the environment. They are anti-carcinogenic with antioxidant properties and offer a natural defense against crop pests, potentially reducing the need for synthetic pesticides.

The biosynthesis of glucosinolates was poorly understood until the research team, led by Masami Yokota Hirai and Kazuki Saito from RIKEN’s Plant Science Center in Yokohama, used an ‘omics-based approach’, combining transcriptome and metabolome data to describe this process1. The transcriptome includes all transcribed genes in certain conditions, and the metabolome comprises all the end products of gene expression. Integrating these sets of information gives a more complete picture of the biosynthetic pathway under study (Fig. 1).

According to Hirai and Saito, the omics-based approach can be used to comprehensively identify a set of genes involved in a particular metabolic pathway—it can be a powerful tool used to distinguish the most important gene of many that may encode a particular transcription factor. A transcription factor is a protein that controls when and where those genes are expressed.

The researchers revealed that long-chain, or aliphatic, glucosinolate biosynthesis is associated with two uncharacterized transcription factor genes, Myb28 and Myb29, by comparing the condition-independent transcriptome data with condition-specific information—a procedure called transcriptome coexpression analysis. Myb28 is a master transcription factor controlling many genes and Myb29 is an accessory. In the model plant Arabidopsis, the team then overexpressed Myb28 and found a huge increase in the production of glucosinolates; and in a mutant lacking Myb28, they found a decrease in production. The team later renamed these genes Production of Methionine-Derived Glucosinolate (PMG ) 1 and 2.

This is the first report of genes regulating the aliphatic glucosinolate biosynthetic pathway. It shows that transcriptome coexpression analysis is highly versatile and suitable for comprehensively identifying genes involved in plant metabolism. A greater understanding of metabolic systems will lead to subsequent biotechnological applications.

“We eat Brassicaceae vegetables daily,” says Hirai. “By over-expressing PMG1 or controlling the expression of its orthologs in these vegetables, we can develop physiologically functional vegetables with higher amount of glucosinolates.” This could be useful in human nutrition. These genes are promising targets for the genetic engineering of glucosinolate production, possibly on an industrial scale.