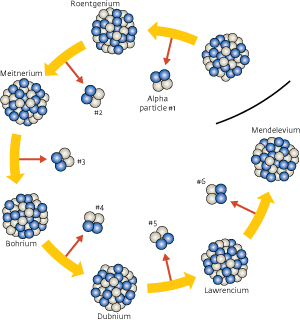 Figure 1: Element 113 was identified by the alpha particles that are created when a heavy nucleus decays to a lighter one. Six alpha particles were measured at times corresponding to the half-life of the six decays matching element 113 decaying sequentially to mendelevium. © 2012 RIKEN Nishina Center for Accelerator-Based Science

The heaviest element that occurs naturally on earth is uranium. More massive atoms have, however, been created in the laboratory. These so-called superheavy elements have more than 103 protons in their nucleus, but the complicated nuclear interactions between these subatomic particles makes such nuclei highly unstable. Further, these particles live for only a fraction of a second. A team of scientists across Japan and China led by RIKEN researcher Kosuke Morita has now seen an indirect signature of element 113 by measuring the particles generated when superheavy elements disintegrate1. This new addition to the periodic table will improve our understanding of the building blocks of the Universe.

The scientists created element 113 by fusing together zinc and bismuth atoms. First, they generated a beam of zinc atoms travelling at 10% of the speed of light using the RIKEN Linear Accelerator. They then fired these high-energy particles at a thin bismuth film. To ensure that the beam did not damage the target, the scientists mounted 16 such foils on a 30-centimeter-diameter wheel and spun it at more than 3,000 revolutions per minute. At such high velocity, the zinc nucleus, made up of 30 protons and 40 neutrons, fused with the 83 protons and 126 neutrons in the nucleus of the bismuth atoms to form a nucleus with 113 protons and 165 neutrons (plus one free neutron). This seems simple enough, but this nuclear interaction is rare. The experiment, which began in September 2003, has been running for 553 days and yet only three atoms of element 113 have been identified in that time. “This has been a painstakingly long experiment,” says Morita. “First, we had to create the 108th, 110th, 111th and 112th elements. This gave us confidence that we had the right experimental conditions to produce element 113.” 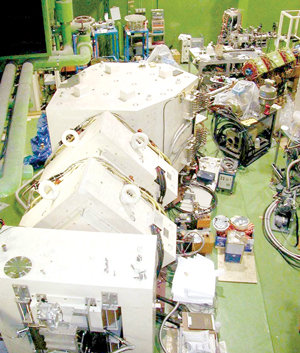 Figure 2: The Gas-filled Recoil Ion Separator (GARIS) separates the nucleus of element 113 from any unwanted ions and directs the nucleus into a detector chamber. © 2012 Kosuke Morita, RIKEN Nishina Center for Accelerator-Based Science

The difficulty faced by the team was how to prove that a superheavy element had been created. Element 113 cannot be seen directly because it only exists for a short time before decaying through a process known as alpha decay. Instead, the team searched for the particles created when element 113 disintegrates. In alpha decay, a large nucleus breaks into a lighter one and a particle made of two protons and two neutrons, known as an alpha particle. Element 113, for example, should decay into an isotope of element 111 with 163 neutrons, which is known as roentgenium-274, plus an alpha particle. Roentgenium, in turn, also undergoes alpha decay to produce meitnerium-270 and another alpha particle (Fig. 1). This process continues until an atom with a stable nucleus is created.

Once created, the nucleus of element 113 was separated from any unwanted ions in a piece of equipment known as GARIS—the gas-filled recoil ion separator (Fig. 2)—and directed into an arrangement of detectors that could measure the chain of alpha particles. Morita and his co-workers measured a sequence of six alpha particles in August 2012. The timing of these detection events was crucial in showing that they started with the creation of an atom of the element 113 nucleus. Each decay occurs on a characteristic time scale known as the half-life. The sixth decay from lawrencium-258 to mendelevium-254 has a half-life of 3.9 seconds. This corresponded to the observation of the sixth alpha particle 3.8 seconds after the fifth. Two further alpha particles were detected about 7 hours after the sixth decay that could have corresponded to a decay from fermium to californium (mendelevium decays to fermium via a process that does not create an alpha particle). However, the scientists could not discount the possibility that this was just a coincidental background alpha particle. The next decay, from californium to curium has a half-life of more than 13 years.

Studying the nuclei of superheavy elements gives important information on ‘stability’. It is known from the elements lower down in the periodic table that nuclei with a certain number of neutrons or protons are particularly stable. The first six of these so-called magic numbers are known but the next has not yet been shown experimentally. “It is important that the created superheavy atom has 113 protons because it closely approaches one of the predicted proton magic numbers of 114,” explains Morita.

What’s in a name?

The next big question is what to call this new element. It is currently known by the provisional name ununtrium (one-one-three), and has also been referred to as eka-thallium. But the discoverer of an element is traditionally awarded the honor of giving it a permanent name. First, however, the International Union of Pure and Applied Chemistry (IUPAC) must confirm the ‘sighting’, and they have some very tough criteria. Morita and his colleagues also saw a signature of element 113 in 2004 and 2005. On these two previous occasions only four alpha decays were detected. This was not enough to convince IUPAC, nor were experiments conducted in a Russian laboratory. “I do not want to speak about the possible name until the naming-rights are confirmed,” says Morita. “However, in general, I can say I would like element 113 to be named after a country or a famous scientist.”

While evidence of the 118th element has already been demonstrated, Morita believes that with the high levels of motivation shown so far by his colleagues at RIKEN and the Nishina Center for Accelerator-Based Science, the team can go even further: “I would like to challenge the totally unreached parts of the periodic table and produce the 119th and 120th elements.”

This article was published on November 2, 2012.

Kosuke Morita was born in Kitakyushu, Fukuoka, Japan, in 1957. He graduated from the Faculty of Science, Kyushu University in 1979 and obtained his PhD from the same university in 1993. He joined the Cyclotron Laboratory at the RIKEN Nishina Center for Accelerator-Based Science as a research scientist in 1984. In a world-first in September 2004, Morita succeeded in observing a signature of the 113th element using the RIKEN LineAC (RILAC) and the Gas-filled Recoil Ion Separator (GARIS). In 2006, he became associate chief scientist of the Superheavy Element Laboratory at the RIKEN Nishina Center.