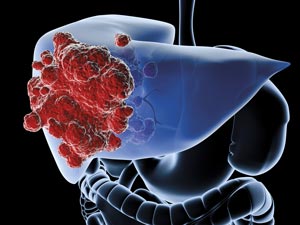 Figure 1: Liver tumors (like the one shown in red here) are major killers. A new study has shown that liver cancer can be classified into six different types. © David Marchal/iStock/Getty Images Plus/Getty

In one of the largest ever genomic studies of a single-organ cancer, scientists in Japan have discovered a multitude of mutations responsible for causing liver cancer1. The research, led by a team from the RIKEN Center for Integrative Medical Sciences, could help doctors develop personalized drug regimens tailored to each patient’s genetic signature.

“Whole-genome sequencing revealed that about 40 per cent of liver cancers had a mutation of the genes related to therapeutic targets and that are hence expected to be actionable,” says Hidewaki Nakagawa, senior author of the study.

The fifth most common cancer and the fourth leading cause of cancer-related death in Japan, liver cancer was responsible for an estimated 19,000 deaths in the country last year alone. Chronic infection with hepatitis B and C viruses can often lead to liver cancer, but so can alcohol abuse, metabolic diseases and certain environmental toxins, suggesting that many different genetic drivers may interact with lifestyle factors to bring about liver tumors.

In search of mutations that could explain the diversity of the disease, Nakagawa and his colleagues sequenced the entire genomes of liver cancers from 300 Japanese patients. That much sequencing yielded more than 300 terabytes of data, and the analysis required using the supercomputer SHIROKANE—the fastest in the life-science research sector in Japan.

The researchers discovered 25 genes that were repeatedly mutated in different patients’ cancer samples, causing changes in tumor suppressors or other regulatory proteins. They also found a number of recurrently mutated sites in the genome that did not code for a protein, as well as structural rearrangements that popped up time and again with an effect on nearby gene expression.

Looking across the mutational landscape, Nakagawa and his team found that liver cancer among Japanese patients could be broken down into six types—and that these types were strongly linked to survival outcomes.

“Our study revealed that the prognosis of patients with mutations in some genes is worse than others,” says Akihiro Fujimoto, who worked on the research at RIKEN before moving to the Kyoto University Graduate School of Medicine. “Although validation with an independent cohort is required, this result can contribute to predict patient prognosis in the future.”

Knowing the different liver cancer types and the mutations that underlie them could also help scientists develop new, precision drug treatments. “Our analysis identified novel driver gene candidates, which can be targets for therapies,” says Fujimoto.