The entropy of thermodynamic systems is found to be related to a certain symmetry of time, which has implications for the entropy of black holes 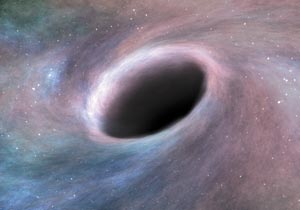 Figure 1: The finding that entropy is fundamentally related to the time symmetry of a system could have important implications for the entropy of black holes. © vchal/iStock/Getty Images Plus

Symmetries are fundamental to physics because they are deeply connected to the unchangeableness of certain physical properties. For example, an object moving in a system that remains unchanged when moved to different places will have a constant speed—physicists say that its momentum is conserved. Similarly, a system that does not change with time (that is, it is independent of time translations), will always keep the same energy—a well-known principle called the conservation of energy.

In 1915, Emmy Noether discovered that this connection between symmetry and the conservation of physical parameters has a fundamental mathematical root. But entropy could not previously be understood within this framework since the laws of thermodynamics state that the entropy of a closed system will remain the same or increase. This means that no apparent symmetry is associated with thermodynamic entropy; it is not symmetric in time, but is related to the fact that time only proceeds forward.

“Entropy is a special quantity in physics,” explains Yuki Yokokura of the iTHES Research Group at RIKEN. “It connects the microscopic and macroscopic worlds and is vital for understanding the ‘arrow of time’.”

Now, Yokokura, with Shin-ichi Sasa of Kyoto University, has shown mathematically that processes that conserve entropy can be connected to a symmetry through Noether’s theorem. Instead of being related to uniform time translations (which correspond to the conservation of energy), the conservation of entropy is related to a special non-uniform time translation.

The non-uniform time translation can be understood by considering particles in a cylinder with thermally insulated walls and a very slowly moving piston. Then, the entropy of the system will be conserved, but its energy will change due to the work done by the piston. The symmetry of the system under such a non-uniform time translation (corresponding to the conservation of entropy) means that the properties of the particles in the system remain the same with each time step by an amount determined by the system’s thermodynamic properties in a time-dependent way.

This could shed light on very different processes. “For example, the symmetries related to black hole entropies are similar to the ones we considered in our study,” says Yokokura. “This may help us understand the microscopic origin of black hole entropy.”