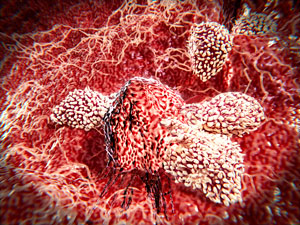 New insights into the development of a group of immune cells that help defend the body against cancer have been gained by a RIKEN team1. The findings could pave the way for developing and improving therapies for fighting cancer that harness the body’s immune system, known as immunotherapies.

Natural killer T (NKT) cells play important roles in a range of immune responses. A subset of these called invariant NKT (iNKT) cells is involved in tumor surveillance as well as in fighting allergy, asthma, autoimmune diseases and infectious diseases.

Immunologists subdivide iNKT cells into two populations according to the molecules they express on their surfaces: CD4+ iNKT cells and CD4−CD8− (or double-negative) iNKT cells. Previous studies in both mice and humans have shown that, unlike those that express CD4, double-negative iNKTs are important in combating pathogens and cancers. However, the drivers behind the functional differences between the two cell types have remained unclear.

T cells generally go through three steps as they differentiate into their subtypes in the thymus. As immature precursor cells they do not express CD4 or CD8 surface molecules or markers. As they develop, they express both surface markers before finally maturing into either CD4+ or CD8+ T cells. These three stages of T cell development are known as the double-negative, double-positive and single-positive stages. 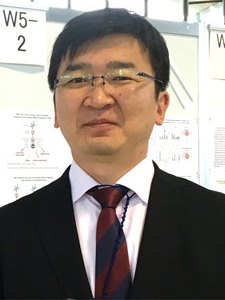 Figure 2: Nyambayar Dashtsoodol, with colleagues at the RIKEN Center for Integrative Medical Sciences, has revealed a new development pathway for an important group of natural killer T cells that are harnessed in cancer immunotherapies. © 2017 RIKEN

Nyambayar Dashtsoodol, Masaru Taniguchi and colleagues at the RIKEN Center for Integrative Medical Sciencesexplored iNKT development using a technique called genetic fate mapping. To do this, they employed transgenic mice with a gene that expresses a yellow fluorescent protein when turned on during the double-positive stage.

While CD4+ and CD8+ T cells from the mice expressed the fluorescent protein, some mature double-negative iNKT cells did not, indicating that they developed without passing through the double-positive stage. The researchers confirmed this result by showing that double-negative iNKT cells could still develop even when the Rag2 gene was knocked out during the double-positive stage.

“Our findings demonstrate that some NKT cells can bypass the double-positive stage,” says Dashtsoodol. “This alternative development pathway could help to explain the uniqueness of a subset of NKT cells that have strong anti-tumor properties.”

The team believes that the early expression of the T-cell receptor before the double-positive stage could play a key role in determining their later properties and functions.

Scientists are seeking to use the properties of NKT cells to develop cancer immunotherapies. Dashtsoodol and his colleagues anticipate that their findings will help the development of more effective therapies.