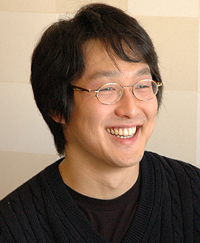 The Japan Society for the Promotion of Science has announced that Dr. Hiroki R. Ueda will be awarded the JSPS Prize for his work on the understanding of design principles in mammalian circadian clocks. Dr. Ueda is a Project Leader in the Laboratory for Systems Biology of the RIKEN Center for Developmental Biology (CDB).

The prize is intended to recognize and support young researchers with rich creativity and superlative research ability at an early stage in their careers. The prize is awarded in the fields of the humanities, social sciences and natural sciences, and was established in FY 2004.

The JSPS Prize is generally awarded to around 20 researchers each year. The number of awardees for FY 2010 is 25.

Another recipient this year is Dr. Sho Yamasaki, a former Senior Scientist at the RIKEN Research Center for Allergy Immunology (RCAI), currently a RCAI Visiting Scientist, who is now also a professor at the Medical Institute of Bioregulation at Kyushu University.

We offer our sincere congratulations to Dr. Ueda and Dr. Yamasaki on this honor.

For more details on the JSPS Prize, refer to the website of Japan Society for the Promotion of Science (JSPS).