Deepening our view of small RNAs 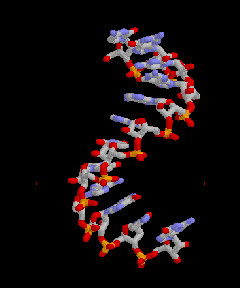 One of RIKEN’s major areas of research in life science is the study of so-called non-coding RNA, which are transcribed from DNA but never translated into proteins. At one time these were called “junk DNA,” but now it is known that many non-coding RNA have important functions.

Though scientists have gotten a clearer view of these functions, it is still difficult to isolate and quantify one important class of non-coding RNA, known as short RNAs, because of certain unique features such as their short length. It is believed that they are involved in many biological processes such as transcriptional and post-transcriptional regulation, epigenetic modification, control of genome stability and cell-to-cell communication, so it is important to find new ways to look at them.

Now, in research published in Nature Protocols, scientists at the RIKEN Center for Integrative Medical Sciences in Japan and IFOM-The FIRC Institute of Molecular Oncology in Italy have developed a method called Target-Enrichment of small RNAs (TEsR), which enables targeted sequencing of rare sRNAs and diverse precursor and mature forms of sRNAs that are not detectable by current standard sRNA sequencing technologies.

According to Piero Carninci of the RIKEN Center for Integrative Medical Sciences, who led the effort from the RIKEN side, “We have developed an important method that can help to address some fundamental but challenging questions in small RNA research. We believe the TEsR method will fill an important niche among current technologies for studying the cellular transcriptome and activity of the genome.”

Fabrizio d’Adda di Fagagna of IFOM and co-corresponding author of the publication, comments, “This is the latest example of collaborative publications between our two research groups and provides further evidence of the great synergic potential between our two institutes”

For more information, see the full version of the paper on Nature Protocols.