Researchers from RIKEN, Chiba University, the University of Tokyo, and the Japan Aerospace Exploration Agency (JAXA) have used a combination of satellite data and supercomputer simulations to offer five-day rainfall forecasts over the Internet covering the globe. The new system combines a variety of techniques, particularly precipitation nowcasting and numerical weather prediction, to come up with predictions that rely on the strengths of the different techniques to come up with forecasts that are accurate on a variety of time scales. 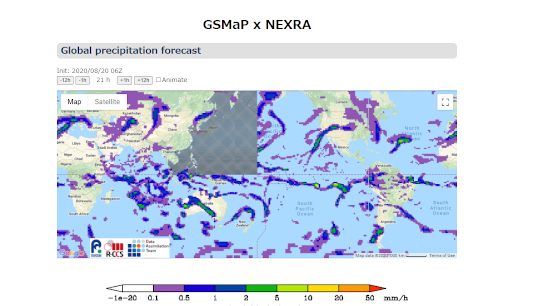 Under the project, which began in 2013, the group of researchers began experimenting with ways to make more accurate rainfall forecasts. They began by developing a system—using “data assimilation”—to incorporate observational data, from weather satellites, into a type of forecasting called “nowcasting”—where the most recent data is used to predict what will happen in several hours based on a motion tracking technique, without relying on sophisticated computer models. Forecasts of this system for up to 12 hours were made available starting in 2017.

The next step of the group’s research was to develop a sophisticated numerical weather prediction model, known as NICAM, and a data assimilation method, called LETKF, which could assimilate the satellite-based precipitation data called GSMaP. This new numerical weather prediction system, running on the JAXA Supercomputer System Generation 2 (JSS2) allows forecasts up to five days in advance.

According to Takemasa Miyoshi of the RIKEN Center for Computational Science (R-CCS), who has been leading the project, “Climate change is leading to changes in weather patterns, and it is very important to create more accurate forecasts of rainfall to mitigate damage. We hope that our research using satellite data will be helpful in preventing losses from heavy rain and drought, particularly in the areas where we have limited observing capability.” Forecasts are available from RIKEN at https://weather.riken.jp/index_en.html or from JAXA at https://sharaku.eorc.jaxa.jp/GSMaPxNEXRA/index.htm.