Two RIKEN researchers, Toshio Yanagida and Yasushi Miyashita have been elected to members of the prestigious Japan Academy. 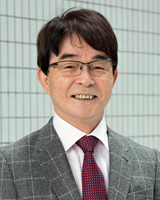 Dr. Yanagida, who previously served as director of the RIKEN Quantitative Biology Center (QBiC) and currently serves as a Honorary Scientist, was chosen by the academy highly in recognition of his contribution to the development of molecular imaging techniques and their application to biology and biophysics. Through his work he made it possible to study the movements of single molecules under the biologically important conditions of ambient temperature and liquid medium. Dr. Yanagida is also a Professor at Osaka University, Director of the Center for Information and Neural Networks (CiNet) at the National Institute of Communications Technology (NICT) and Director of the NEC Brain-Inspired Computing Research Alliance Laboratories. 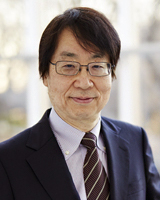 Dr. Miyashita, who is head of the Laboratory for Cognition Circuit Dynamics at the RIKEN Center for Brain Science (CBS) and previously served as director of CBS, was chosen by the academy in recognition of his contribution to the development of biological methodologies for studying cognition in non-human primates, leading to the discovery of brain mechanisms of memory and metamemory, though which we can feel introspection toward our own memory states, creating a higher level of cognition toward our own cognition. Dr. Miyashita is also a Professor at Juntendo University Graduate School of Medicine and Professor Emeritus at The University of Tokyo School of Medicine.

The Japan Academy, which was established in 1879, based on Western societies such as the Royal Society, is an elite group with only 150 members in both the natural sciences and humanities.