At tremendous precision, the proton and antiproton still seem identical

A new super-precise measurement from the RIKEN-led BASE collaboration, which also includes researchers from the University of Tokyo, Japan, the Max Planck Institute for nuclear physics, Heidelberg, the University of Mainz, the University of Hannover and GSI Darmstadt, Germany, has placed new constraints on the difference between matter and antimatter, as part of the quest to discover why our Universe is almost only composed of matter. Using a novel two-particle measurement method, the group measured the magnetic moment of the antiproton at a precision 350 times higher than any previous measurement. The result, published in Nature, shows that the magnetic moments of the proton and antiproton are tremendously close, meaning that so-called CPT asymmetry—a key factor in the lack of antimatter—must be very small if it exists at all. CPT symmetry refers to the idea that if particles change in two of three properties—charge, parity, and time—must also change in the third, and is critical in understanding the imbalance between matter and antimatter.

To perform the measurement, the group used a novel, elegant, two particle measurement method developed in Stefan Ulmer’s RIKEN laboratory, which is a further advance of a two-trap method previously developed at the University of Mainz. The system involves the simultaneous trapping and measurement within an even magnetic field of two separate antiprotons—one measured at a relatively high temperature of about 350 degrees Kelvin—a temperature equivalent to hot water—and the other at just 0.15 K, extremely close to absolute zero. The first antiproton is used to calibrate the magnetic field, by measuring a property called the “cyclotron frequency,” while the other is used to measure a quality known as the Larmor frequency, which looks at the precession of the particle’s spin, allowing precise measurements of the magnetic moment.

Using this new method, they found that the magnetic moment of the antiproton is 2.792 847 344 1(42), a value extremely close to the figure of 2.792 847 350(9) that the same collaboration of researchers found for the proton in 2014. In addition to showing that they are so close, the results also put strict limits on the possibility that a difference in the magnetic moments could be based on factors that, at the high energies that existed in the early universe, could have caused a process of “spontaneous symmetry breaking” leading to differences in matter and antimatter.

According to Ulmer, “With these results, we have shown, as has been demonstrated with other properties of a variety of particles, that CPT invariance seems to hold at very high precision, as the magnetic moment of the proton and the antiproton still look identical, apart from the signs. This result is the culmination of many years of continuous research and development, and the successful completion of one of the most difficult measurements ever performed in a Penning trap instrument, with many parameters developed close to the principal technical limits.”

Christian Smorra, first-author of the study adds, “By upgrading the experiment with several new technical innovations, we feel that some further improvement can still be made, and in the future, following the CERN upgrade expected to finish in 2021, we will be able to achieve an at least ten-fold improvement.”

The results were achieved soon before the next CERN shutdown, which is scheduled to last from 2019 to 2021. 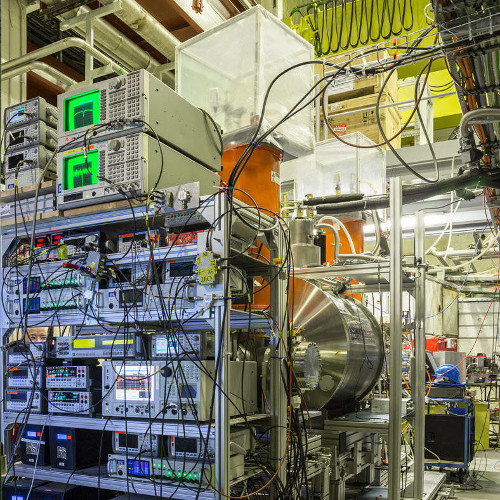 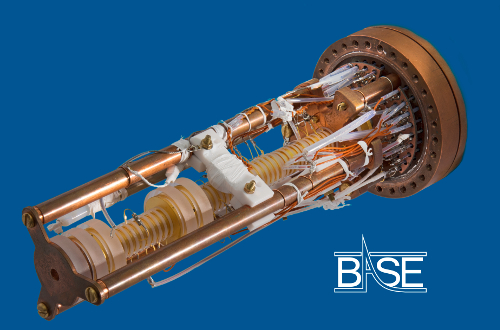 The Penning trap used to trap the two particles