A shapeshifting material based on inorganic matter

By embedding titanium-based sheets in water, a group led by scientists from the RIKEN Center for Emergent Matter Science has created a material using inorganic materials that can be converted from a hard gel to soft matter using temperature changes.

Science fiction often features inorganic life forms, but in reality, organisms and devices that respond to stimuli such as temperature changes are nearly always based on organic materials, and hence, research in the area of “adaptive materials” has almost exclusively focused on organic substances. However, there are advantages to using inorganic materials such as metals, including potentially better mechanical properties.

Considering this, the RIKEN-led group decided to attempt to recreate the behavior displayed by organic hydrogels, but using inorganic materials. The inspiration for the material comes from an aquatic creature called a sea cucumber. Sea cucumbers are fascinating animals, related to starfishes (but not to cucumbers!)—that have the ability to morph their skin from a hard layer to a kind of jelly, allowing them to throw out their internal organs—which are eventually regrown—to escape from predators. In the case of the sea cucumbers, chemicals released by their nervous systems trigger the change in the configuration of a protein scaffold, creating the change.

To make it, the researchers experimented with arranging nanosheets—thin sheets of titanium oxide in this case—in water, with the nanosheets making up 14 percent and water 86 percent of the material by weight.

According to Koki Sano of RIKEN CEMS, the first author of the paper, “The key to whether a material is a soft hydrogel or a harder gel is based on the balance between attractive and repulsive forces among the nanosheets. If the repulsive forces dominate, it is softer, but if the attractive ones are strong, the sheets become locked into a three-dimensional network, and it can rearrange into a harder gel. By using finely tuned electrostatic repulsion, we tried to make a gel whose properties would change depending on temperature.”

The group was ultimately successful in doing this, finding that the material changed from a softer repulsion-dominated state to a harder attraction-dominated state at a temperature of around 55 centigrade. They also found that they could repeat the process repeatedly without significant deterioration. “What was fascinating,” he continues, “is that this transition process is completed within just two seconds even though it requires a large structural rearrangement. This transition is accompanied by a 23-fold change in the mechanical elasticity of the gel, reminiscent of sea cucumbers.”

To make the material more useful, they next doped it with gold nanoparticles that could convert light into heat, allowing them to shine laser light on the material to heat it up and change the structure.

According to Yasuhiro Ishida of RIKEN CEMS, one of the corresponding authors of the paper, “This is really exciting work as it greatly opens the scope of substance that can be used in next-generation adaptive materials, and may even allow us to create a form of ‘inorganic life’.”

The work, published in Nature Communications, was done by RIKEN CEMS in collaboration with the University of Tokyo, the National Institute for Materials Science (NIMS), and the RIKEN SPring-8 Center. 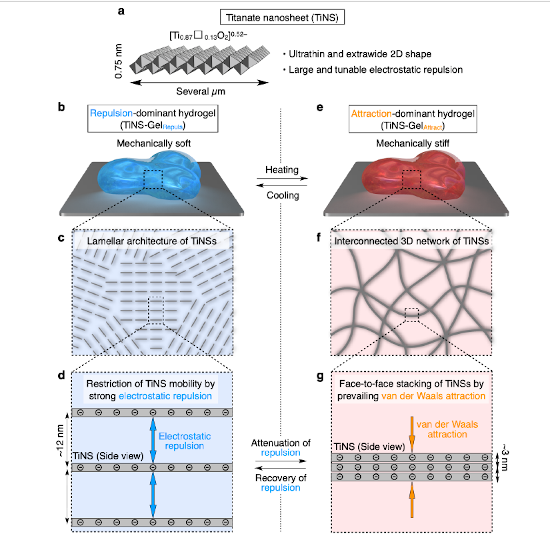 Differences between the two states 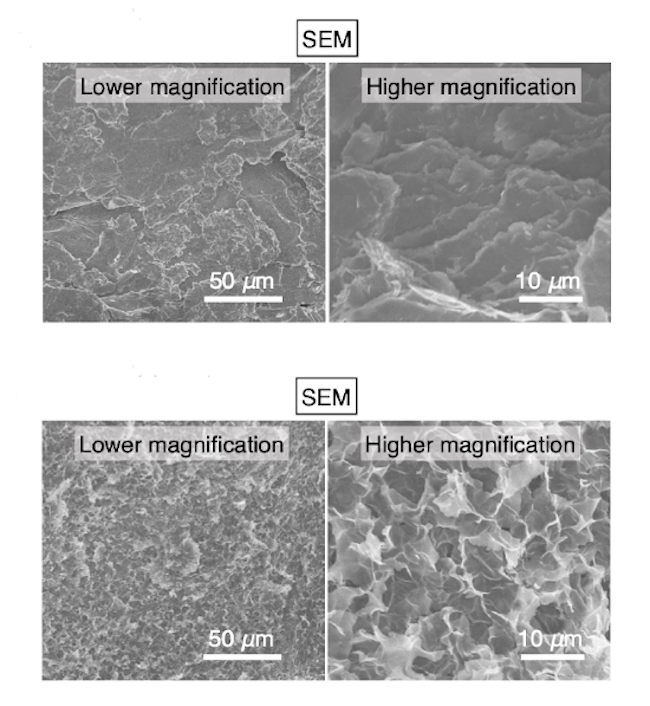