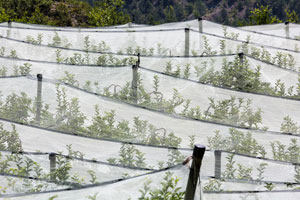 Figure 1: The polyethylene used to protect crops from pests could be enhanced by incorporating a functional polymer. © MARTYN F. CHILLMAID/SCIENCE PHOTO LIBRARY

A polymer that has always preferred to work alone could realize new applications through forming composite materials with other compounds, thanks to a new strategy developed by RIKEN researchers1.

Polymers are long, chain-like structures, made by linking together multiple copies of small carbon-based molecules called monomers. Monomers of ethylene (CH2=CH2) join to form polyethylene, which, along with related polyolefins, is used in products as diverse as toys, food packaging and agricultural netting.

Materials scientists would like to enhance the properties of polyolefins by mixing them with other substances, including metals, glass fibers and other polymers, but their non-polar chemical nature makes them incompatible. For example, polyethylene is produced by a polymerization reaction driven by a transition metal catalyst that attaches monomer after monomer to a growing chain. But when researchers try the same reaction with ethylene derivatives containing polar ‘heteroatoms’ such as oxygen, sulfur or nitrogen, polymerization fails because the heteroatoms poison the catalyst.

Now, Zhaomin Hou at the RIKEN Center for Sustainable Resource Science and his colleagues have discovered a way to incorporate polar side chains into polyethylene, potentially enabling it to form composites, which promise to have a wide range of uses. They found that certain rare-earth metal catalysts, far from being poisoned by the heteroatoms, can grab the heteroatom like a handle and draw the monomer into the polymerization reaction. 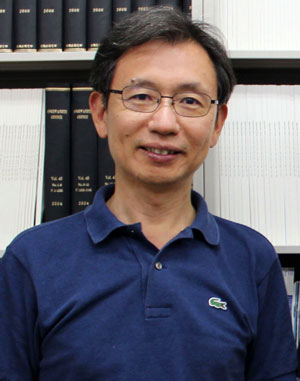 “Rare-earth metal ions usually show high affinity toward heteroatoms,” explains Hou, who has previously exploited this affinity to make other types of polymers. “If a heteroatom is appropriately located in a monomer molecule, the interaction between the heteroatom and the rare-earth metal can promote polymerization.”

By adding the catalyst to a mixture of heteroatom-containing and regular ethylene, the team was even able to control the number of polar groups in the final polymer chain. These functional polymers could be particularly useful, says Hou, because they have similar melting points to commercial polyolefins called linear low-density polyethylenes (LLDPEs). By mixing some of the functional polyolefins with a conventional LLDPE, the material could become compatible with various additives, including pigments that impart color and clays that enhance its physical properties such as its strength and gas impermeability.

The researchers will continue to work on improving the catalyst. “To make the functional polyolefins on an industrial scale, we need to further raise the catalyst activity,” says Hou. “Meanwhile, we will examine in detail the fundamental properties of the resulting functional copolymers to demonstrate their practical usefulness. We anticipate a promising future in this area.”