How bacteria avoid poisoning themselves 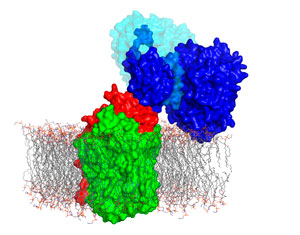 RIKEN researchers have discovered how bacteria that produce the toxic gas nitric oxide avoid poisoning themselves1. They found that proteins that generate and degrade nitric oxide form a single complex, allowing bacteria to neutralize nitric oxide immediately after it is produced.

In low-oxygen environments, some bacteria can produce energy using nitrate instead of oxygen. These include some pathogenic bacteria, such as Pseudomonas aeruginosa, a notorious cause of opportunistic infections in hospital patients.

The process by which these bacteria generate energy from nitrate, known as denitrification, produces nitric oxide as a toxic by-product. Although researchers knew that denitrifying bacteria need to tightly control nitric oxide production, they did not know how this was controlled.

In P. aeruginosa, nitric oxide is produced by the enzyme nitrite reductase (NiR) and decomposed by the enzyme nitric oxide reductase (NOR). Takehiko Tosha at the RIKEN Biometal Science Laboratory and his colleagues conjectured that these two proteins might combine to form a single structure. To test this idea, they isolated the two enzymes and examined their structures using x-ray diffraction. They found that the proteins did indeed fit together like puzzle pieces. 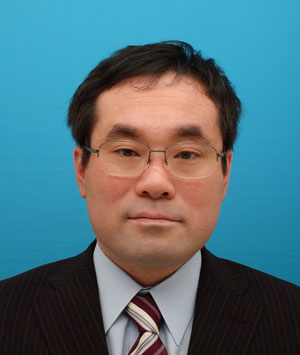 Takehiko Tosha and co-workers have found that the proteins that produce and degrade toxic nitric oxide in denitrifying bacteria form a complex. © 2017 RIKEN

The researchers next investigated how the complex is bound together as well as the consequences of breaking it apart. Using computer simulations, they determined which parts of the protein form the key chemical associations that bind NiR and NOR. They then created mutant strains of P. aeruginosain which these key interactions were disrupted, impeding complex formation. The mutant strains showed up to a 30 per cent reduction in growth. Inhibiting complex formation hampered the bacteria’s ability to neutralize nitric oxide, causing them to poison themselves.

These results could have potent medical applications. “Denitrification is crucial for some pathogenic bacteria including P. aeruginosa to survive under low-oxygen conditions, such as inside biofilms, during infection,” explains Tosha. “Since we found that the interaction between NiR and NOR contributes to denitrification-dependent anaerobic growth of P. aeruginosa, compounds that inhibit this interaction might work as antimicrobial drugs.”

Tosha and his colleagues next plan to investigate whether the proteins responsible for processing nitrite, another toxic intermediate in this pathway, also form a complex that could be disrupted.