The resistance of a new design of quantum material varies greatly with magnetic field, making it useful for novel devices 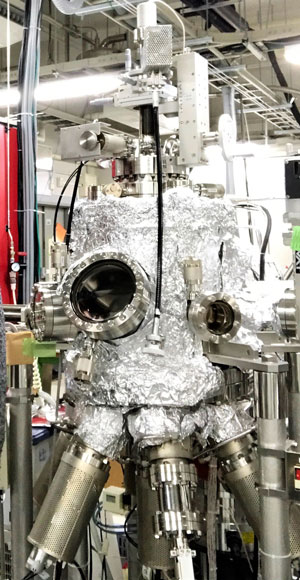 A quantum material that exhibits a huge change in resistance at relatively low magnetic fields has been fabricated by researchers at RIKEN, the University of Tokyo and other institutes1. The material is promising for realizing electronic circuits in which current flows without loss.

Quantum effects usually manifest themselves on an atomic or molecular scale, but they are observable on much larger scales in a special class of materials known as quantum materials. One quantum material that has been generating a lot of excitement recently is topological insulators, which have the curious property of conducting electricity on their surfaces but not in their interiors. Devices based on topological insulators will be more robust against internal defects and external conditions than conventional devices. Topological insulators also promise an array of exotic new carrier phenomena when symmetry rules are relaxed.

One such phenomenon is the topological magnetoelectric effect, in which the interior of a topological insulator is magnetized by a quantized current circulating on its surface. This effect has been difficult to observe experimentally because it has been challenging to find a suitable material system.

Masataka Mogi at the University of Tokyo and his collaborators had previously made a suitable system known as an axion insulator, but they observed axion insulator behavior only in a narrow range of magnetic fields.

Now, Mogi, with colleagues at the RIKEN Center for Emergent Matter Scienceand other institutions in Japan, has succeeded in making the axion insulator state more robust and useful by doping one magnetic ion into the bottom surface of their device and a different one into the top. This allowed them to individually reverse one surface magnetization at a time and observe how the axion insulator responds to a wider range of magnetic fields, electric fields and temperatures. 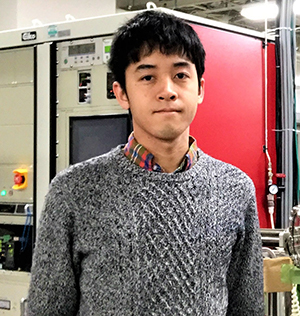 Masataka Mogi and his co-workers have fabricated a robust axion insulator demonstrating a giant magnetoresistance. © 2018 RIKEN

As a result, the researchers were able to observe a whopping change in the resistance of the system—over 10,000,000 per cent—with a small change in the applied magnetic field. While effects like this have been observed in other topological materials, they have usually required a much larger swing in the magnetic field.

This novel behavior may lead to new kinds of electronic devices, Mogi says. “Using contemporary spintronic techniques may enable us to construct dissipationless electronic circuits in which the edge current runs in parallel magnetization regions, but not in anti-parallel regions.”

Making practical devices will require increasing operating temperatures, which are currently capped below 1 kelvin. Mogi is confident that this can be accomplished by growing higher quality films.