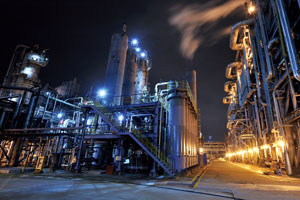 Figure 1: Some of the complex chemistry in oil refining could become simpler and cheaper thanks to new catalysts. © Makoto Akimoto/EyeEm/Getty

Stripping nitrogen-containing impurities from crude oil could become easier thanks to a low-energy chemical procedure developed by RIKEN researchers1. The innovation should also help to open up more-sustainable sources of hydrocarbons such as biomass and shale, which contain higher levels of impurities.

The hydrocarbons in crude oil are used to power most vehicles and much of industry, in addition to providing the raw materials for making plastics, fibers and pharmaceuticals. Crude oil is a messy mix of molecules, however, and has to be subjected to various processing steps before its chemical components can be used.

Currently, complicated catalysts as well as high temperatures (300−500 degrees Celsius) and pressures (up to 200 atmospheres) are needed to break apart the strong bonds between carbon and nitrogen in nitrogenous molecules in order to remove the nitrogen.

Now, Zhaomin Hou at the RIKEN Center for Sustainable Resource Science and his colleagues have found an easier way to remove nitrogen from nitrogenous molecules called pyridines and quinolines, which are both ring molecules. They used a framework of titanium hydride centers in a cooperative way to break two carbon−nitrogen bonds in each pyridine or quinoline molecule.

In contrast with previous studies, their experimental and computational work revealed that this approach is easier than alternative options that involve splitting open pyridine and quinoline rings.

“Our work is the first example of removing nitrogen from pyridines and quinolines under mild conditions,” comments Hou.

The researchers were inspired to investigate this approach due to previous work with similar compounds that had revealed that they could break some very stable chemical bonds. They were also guided by computational chemistry techniques that shed light on the chemical mechanisms at the molecular level.

The fact that a multimetallic hydride compound works at atmospheric pressure and at much lower temperatures than existing ones should help develop more cost-effective processing methods for the petrochemical industry. “This work may lead to the design of a range of new catalysts that can work under milder and simpler conditions,” says Hou. This innovation that addresses a specific problem in oil refining may eventually have widespread significance for the chemical industry.