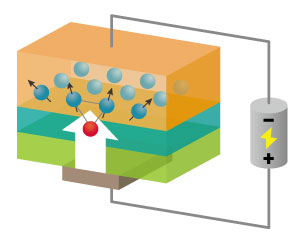 Figure 1: Schematic drawing of one of the structures used in the study. The electric field (white arrow) modulates spin−orbit coupling, which affects the anomalous and topological Hall effects. Adapted from Ref. 1 and licensed under CC BY 4.0 © 2018 Ohuchi et al.

Two magnetic phenomena that could be harnessed for memory or logic applications can be controlled by simply applying an electric field to suitably designed structures, RIKEN researchers have shown1.

The Hall effect was discovered in 1879 by Edwin Hall, who realized that applying a magnetic field at right angles to an electric current causes the flowing electrons to veer in the direction perpendicular to both the applied magnetic field and the current, creating a voltage in that direction.

In ferromagnetic materials, the Hall effect can occur even without applying a magnetic field; in this case, it is called the anomalous Hall effect. Furthermore, in certain materials, local magnetic moments arrange themselves into stable vortex-like configurations known as skyrmions, and the fictitious magnetic field produced by the skyrmions gives rise to an analogous phenomenon known as the topological Hall effect. Both the anomalous and topological Hall effects arise due to the strong coupling between the spin and orbital angular momenta of electrons in some materials.

Inspired by the recent observation of the topological Hall effect in structures consisting of SrRuO3 and SrIrO3, Jobu Matsuno from the RIKEN Center for Emergent Matter Science and his co-workers explored the effect of applying an electric field in heterostructures composed of these materials.

“Despite the scientific importance of the anomalous and topological Hall effects, it has not been possible to control them so far,” says Matsuno. “They are both transport properties that are electrically accessible inside devices.” 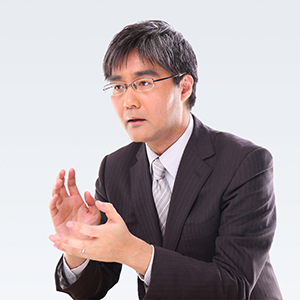 The team fabricated three heterostructures that had strontium titanate (SrTiO3) as a substrate: in one, a non-magnetic SrIrO3 layer was capped with ferromagnetic SrRuO3; in the second, the two materials were inverted; and in the third, SrIrO3 was not used.

The researchers then applied a voltage perpendicular to the layers in each heterostructure. In the first one, the voltage clearly influenced both the anomalous and topological Hall effects (Fig. 1), whereas no such effect was observed in the other two heterostructures.

The origin of this electric-field modulation has not yet been clarified, but Matsuno and co-workers have some ideas. “We strongly believe that the strong spin−orbit coupling of electrons in iridium plays a significant role,” says Matsuno.

The researchers think it will be possible to control other magnetic properties, such as the magnetic anisotropy or the magnetic domain wall motion, by inserting thin layers of materials with strong spin−orbit coupling between a ferromagnetic layer and a gate dielectric. These phenomena could then potentially be used in a range of devices.