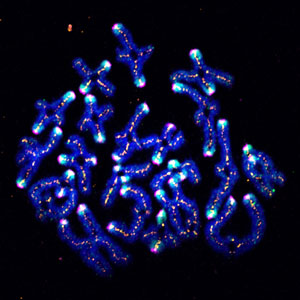 A key mechanism that regulates the organization of chromosomes at a critical stage in cell division leading to the production of egg and sperm cells has been uncovered by RIKEN researchers1. Since this mechanism safeguards the normal development of these reproductive cells, its breakdown could lead to infertility and genetic disorders.

The production of egg and sperm cells requires the precise distribution of genetic material over two rounds of a cell-division process known as meiosis. Prior to meiosis, both copies of each chromosome in the parent cell are duplicated. In the first round of division, these copies are physically organized such that each daughter cell receives the same set of chromosomes. During the second meiotic division, these are again split up to produce egg and sperm cells that each has only one copy of each chromosome.

Tomoya Kitajima of the RIKEN Center for Biosystems Dynamics Research and his team are particularly interested in the structure known as the centromere. “Meiosis-specific regulation of centromeres is critical for correct segregation of chromosomes in oocytes,” he says. 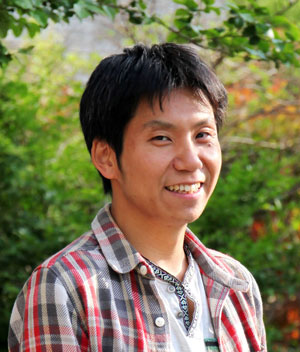 His team embarked on a ‘fishing expedition’ to snare proteins that interact with a core component of the centromere in mouse oocytes—the cells that undergo meiosis to produce egg cells. They discovered an enzyme that chemically modifies the centromere by attaching a small protein known as SUMO (Fig. 1). This process of sumoylation often occurs in the cell, and it can affect protein function in various ways. In this particular case, the researchers noticed that SUMO modification becomes especially prominent at the latest stages of the first meiotic division, but diminishes significantly until the beginning of the second round of division.

These findings suggested that sumoylation may help to maintain proper attachment of chromosomal pairs at a critical phase of meiosis. Kitajima and colleagues confirmed this by genetically manipulating oocytes to disrupt this modification process. They found that the absence of sumoylation markedly reduced the cohesion between chromosome pairs at the final stage of the first meiotic division.

“Previous studies have mostly focused on the mechanisms of cohesion maintenance at the earlier phases during the transition,” says Kitajima. “But our study has now highlighted the importance of the mechanisms that work at the later phases.”

These safeguards are essential to prevent the production of abnormal egg cells with too many or too few chromosomes, which can lead to genetic disorders such as Down syndrome. Kitajima’s team now intends to investigate scenarios in which this mechanism might break down and thereby impact reproductive health. “We’d like to study age-related effects on centromere functions and chromosome cohesion,” he says.