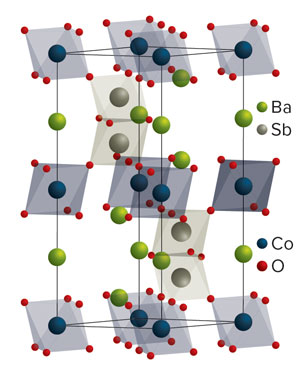 Figure 1: The chemical structure of the antiferromagnetic material barium cobalt antimonite. Modified from Ref. 1 and licensed under CC BY 4.0 © 2018 Y. Kamiya et al.

The unusual magnetic properties of an antiferromagnetic material, studied by RIKEN scientists, could guide the development of components for quantum computers and precision measurement devices1.

In a collaborative study involving researchers from China and the USA, Yoshitomo Kamiya of Condensed Matter Theory Laboratory and his colleagues have now used a mixture of theory and experiment to probe the magnetic properties of an antiferromagnetic material called barium cobalt antimonate (Fig. 1).

Increasing the material’s magnetization created a spin pattern with magnetic excitations known as magnons. Their behavior can be described in two ways: one based on quantum theory and the other with its roots in classical physics. The quantum approach treats magnons as emergent particles, whereas the classical one regards them as waves. 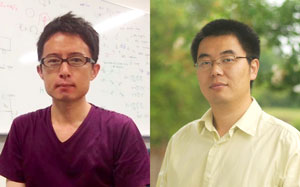 Previous experiments had found that magnons behaved in odd ways in this material in the absence of an external magnetic field. “Our goal was to narrow down the origin of this anomalous behavior,” says Kamiya.

The researchers studied magnons in barium cobalt antimonate at a third of its maximum possible magnetization, under a strong external field. They used neutron-scattering measurements to map the magnons’ behavior, and found that the magnons were well described by the semiclassical spin wave theory.

In the absence of an external magnetic field, however, magnons in the material are more likely to decay into ‘fractionalized particles’ called spinons, whose properties depend on quantum theory and which do not have a classical counterpart in spin wave theory. Fractionalized particles are so called because they carry a fraction of the magnetization unit.

“Our work is providing clear guiding principles for finding fractionalized excitations in real materials,” says Kamiya. “These excitations have the potential to replace classical technologies with quantum ones, which are rooted in the intrinsically quantum mechanical behavior of electrons in solids.”