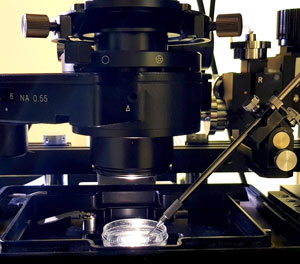 Combining the power of two complementary spectroscopic techniques has enabled two teams of RIKEN researchers to develop an inexpensive and easy way to assess how drugs affect individual cells1. This method promises to help reduce the huge number of pharmaceuticals that flunk human clinical trials.

The vast majority of potential new drugs never make it past human clinical trials because they are either toxic or do not work. “Despite their promise in animal studies, about 30 percent of compounds fail in clinical trials because they are found to be highly toxic,” says Arno Germond of the RIKEN Center for Biosystems Dynamics Research. “And a further 60 percent fail due to lack of efficacy.”

One reason for the high failure rate is that population-level cell screening, routinely conducted during the early stages of drug development, can miss critical information. “Averaged measurements may not account for how the drug response varies within a population of cells, or they may miss subpopulations such as drug-resistant cells,” explains Ahmed Ali, the first author of the study.

This problem could be overcome by screening potential drugs on a single-cell level early on, but this is rarely done because of the time and expense involved.

Now, Germond and collaborators have developed a low-cost alternative by combining two complementary analytical techniques—Raman spectroscopy and mass spectrometry. They showed that these techniques can be combined to give a cost-effective, single-cell screening platform. 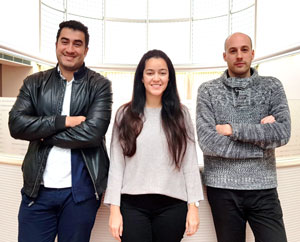 “Raman spectroscopy is a label-free, cost-competitive technique that can measure living cells at the single-cell level in a few seconds,” notes Germond. By applying a machine learning model to label-free RIKEN images, the researchers were able to predict with high accuracy the cells affected by a drug.

“By integrating these two approaches, we can screen cells and predict their metabolic responses to drugs, as well as quantitatively assess the drug concentration inside cells.”

When the team studied the anticancer drug tamoxifen, the cell-to-cell differences were striking. “We were surprised about how much different cells varied in terms of tamoxifen uptake and metabolization,” Germond says.

“Why do some cells take up the drug whereas others don’t? Why is the drug metabolism so varied among cells that are genetically similar? And how do these phenomena affect drug resistance? We’re now exploring these questions further,” Germond adds.