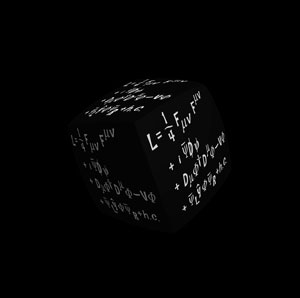 Figure 1: The standard model of particle physics predicts that there should be equal amounts of matter and antimatter in the Universe. A new ion trap that allows ultraprecise measurements of the magnetic moments of protons and antiprotons may help scientists discover why this prediction does not hold. © RICHARD WAREHAM FOTOGRAFIE/SCIENCE PHOTO LIBRARY

A newly designed trap that can isolate single protons and their antimatter counterparts—antiprotons—better than ever before could help reveal why there is such a paucity of antimatter in the Universe1.

A conundrum that has long vexed physicists is why there is vastly more matter in the Universe than antimatter, despite the standard model of particle physics predicting that they should exist in equal quantities. “A big question in modern physics is what happened to all the antimatter after the Big Bang?” says Stefan Ulmer from the RIKEN Ulmer Fundamental Symmetries Laboratory.

One way to search for answers is to compare the properties of particles and their antiparticle counterparts and see whether there are tiny deviations between them.

Isolated from its environment, a proton will behave according to the fundamental laws of physics. For this reason, getting a single proton on its own offers a fascinating way to observe these natural laws and compare them to the predictions of our best theoretical models.

“In the search for new physics, the strategy is always to observe a well understood system and search for deviations from our understanding,” explains Ulmer.

A good technology for isolating antiprotons is an ion trap, which employs crossed electric and magnetic fields to stably store a particle.

The cryogenic ion trap developed by Ulmer and colleagues isolates either protons or antiprotons to enable measurement of their magnetic moment: a measure of the intrinsic magnetic field they produce. They hope to identify some asymmetry between the properties of protons and antiprotons that would explain why matter is tremendously more abundant than antimatter.

The challenge is to make these measurements as precise as possible. One particular problem is anomalous heating: quantum-mechanical changes in the particle motion driven by noise in the system that can alter the particle’s energy and fundamentally limit the precision of measurements.

Until now, measured heating rates have been several orders of magnitude higher than those predicted by theory. In this study, heating rates were measured in a cryogenic Penning trap for the first time and were found to be orders of magnitude lower than those observed before, resulting in quantum stabilities that are 100 times higher than previously achieved.

“The current ultralow-noise conditions in our system are the results of many years of noise decoupling and technical improvements,” notes Matthias Borchert, the first author of the study.

With such a stable system, the team could determine the antiproton magnetic moment with a precision 3,000 times better than previous experiments. “To put this into context, 1,000-fold improvements can be considered as milestones in precision-measurement studies,” comments Ulmer.