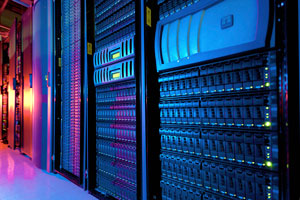 Figure 1: Data storage systems would consume a lot less power if they were based on materials whose magnetization could be switched by applying a voltage. Researchers at RIKEN have developed such a material that works at near room temperature. © MARTIN KRZYWINSKI/SCIENCE PHOTO LIBRARY/Getty

A material whose magnetism can be switched by applying a voltage at temperatures close to room temperature has been made by a RIKEN team1. This is a vital step toward realizing memory storage devices that consume a tiny fraction of the power needed for current devices.

When you use cloud-based services such as Facebook and Google, your data is stored in huge data centers, which globally consume an estimated 200 terawatt hours a year—more energy than some countries consume. And this energy use by data centers is set to increase in the future.

Data storage is quite energy intensive because present devices store data by using an electrical current to change the magnetic state of a memory element. If the same thing could be done using a voltage instead of a current, it is estimated that power consumptions would drop somewhere between 100 and 1,000 fold.

Special materials known as magnetoelectric multiferroics are promising for realizing this because their magnetism can be flipped by applying a voltage rather than a current. But few such materials exist, and those that do, exhibit this property at temperatures well below room temperature, which makes them unsuited for practical applications.

Now, Vilmos Kocsis of the RIKEN Center for Emergent Matter Science and his colleagues have made crystals whose magnetism can be controlled using a voltage at temperatures close to room temperature. They achieved this by fine-tuning the chemical composition of their ‘hexaferrite’ crystals and then heating them in oxygen at high pressure.

In addition to simultaneously measuring the magnetization and polarization of the crystals, the team used magnetic force microscopy to visualize the changes induced in microscopic magnetic domains when a voltage was applied.

According to Kocsis, the hardest part of the experiment was making the crystals. “It was challenging,” he recalls. “Growing these crystals is not easy at all, and the biggest challenge was to produce really good quality material.” He needed to make six crystals on average for each measurement, because many of the crystals were destroyed by the high electric fields applied during measurements.

Kocsis was also a bit apprehensive about what might happen if a major earthquake struck. “Working with high-pressure oxygen is not recommended in such an event!”

But it was worth the effort. “I was happy with such beautiful results,” he says.

The team is currently preparing a second paper for publication that delves into more detail about the mechanism behind the coupling of the material’s magnetic and electric properties.