Accurate quantum computing is closer to reality, thanks to quantum non-demolition measurements 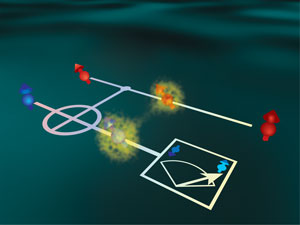 Figure 1: RIKEN researchers have realized a method for measuring the spin of an electron in a semiconductor quantum dot without altering the spin state of the electron. © 2019 RIKEN Center for Emergent Matter Science

RIKEN researchers have performed repeated measurements of a semiconductor quantum system without disturbing the property they are measuring1. This is promising for the development of quantum computers based on such systems.

One dictum of quantum physics is that it is impossible to perform a measurement on a quantum system without disturbing it. This is problematic for quantum computing because it means that you get only one chance to read a qubit—the quantum equivalent of bits in classical computers. This in turn implies that it is not possible to detect and correct errors in qubits, which is vital for achieving accurate calculations. 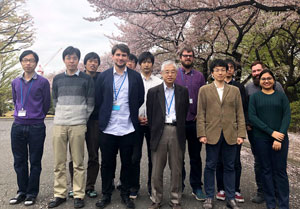 Takashi Nakajima (second from left) and his team have demonstrated quantum non-demolition measurement of an electron spin qubit in a semiconductor quantum-dot device. © 2019 RIKEN

“Semiconductor devices are particularly good for larger-scale quantum computers because we can employ existing technologies of the integrated circuit industry,” explains Takashi Nakajima at the RIKEN Center for Emergent Matter Science.

Now, Nakajima and his co-workers have succeeded in realizing QND measurements in a device containing semiconductor quantum dots.

Their technique will allow errors to be corrected in quantum computers. “Being able to detect an error in a qubit without disturbing the qubit further, will allow us to correct the error by an appropriate control pulse,” says Nakajima. “Such an error-correcting protocol is essential for realizing a fault-tolerant quantum computer.”

In the present study the team used gallium arsenide as the semiconductor. They note that the next challenge will be to realize QND measurements in silicon, as that will enable accuracies of more than 99% to be achieved.