A new way to induce the quantum anomalous Hall effect

A new approach to inducing an exotic quantum phenomenon known as the quantum anomalous Hall effect (QAHE) has been demonstrated by RIKEN physicists1. Their method could enable the effect to be observed at much higher temperatures in the future.

The quantum Hall effect was one of the biggest discoveries in solid-state physics in the 20th century, earning its discoverer a Nobel prize. Like its classical counterpart, it involves generating a voltage perpendicular to the flow of an electric current by applying a magnetic field. But in the case of the quantum Hall effect, this voltage jumps up in steps rather than increases smoothly with increasing magnetic field. It is caused by the cyclotron motions of electrons by the applied magnetic field.

Several previous experiments had shown that magnetic ions in a topological insulator—a material that has highly conducting surfaces despite its bulk being an insulator—can induce the QAHE. Such observations are of practical interest because a current flows without resistance along the edges of the topological insulator. 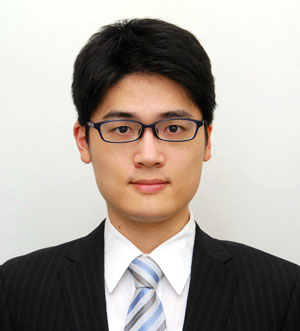 Ryutaro Yoshimi and his co-workers have demonstrated how to induce the quantum anomalous Hall effect in a topological insulator via proximity with a ferromagnet. © 2019 RIKEN

However, one limitation of the QAHE in magnetically doped topological insulators is that it is usually observed only at very low temperatures, typically within 2 degrees Celsius of absolute zero, making the dissipationless conductance practically unusable.

Now, Ryutaro Yoshimi at the RIKEN Center for Emergent Matter Science and his colleagues have induced the effect by a different route. Specifically, they have used the proximity effect, where the properties of a material can be altered by placing another material in close contact with it.

“This is the first demonstration of the proximity-induced QAHE,” notes Yoshimi. “While the temperature at which the QAHE was observed in this demonstration was not appreciably higher than that in doped systems, it should be possible to increase it by using more appropriate combinations of materials and designing the interface.”

Tellurides can also exhibit other phenomena like superconductivity and ferroelectricity. Yoshimi and colleagues are planning to explore a range of telluride heterostructures in which various exotic properties can be controlled by the proximity effect.