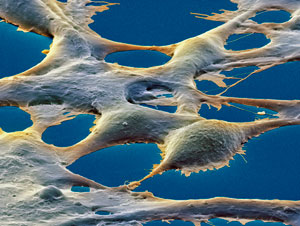 Figure 1: By performing experiments on human embryonic kidney cells (shown) and mouse embryonic stem cells, molecular biologists at RIKEN have shown that the nuclear protein ATF7IP prevents the enzyme SETDB1 from being exported from the nucleus. © DAVID MCCARTHY/SCIENCE PHOTO LIBRARY/Getty

An enzyme that shuts down mobile genetic elements stays stable and active within the nucleus due to its relationship with a protein called ATF7IP, three molecular biologists at RIKEN have found1. This finding may lead to the development of new approaches to control the enzyme, called SETDB1, and consequently have implications for treating some cancers and Alzheimer’s disease.

SETDB1 silences genes and mobile genetic elements called retrotransposons by catalyzing modifications to the histone proteins attached to them. SETDB1 is important in several early developmental processes, including the formation of nerve, immune and fat cells and the differentiation of bone cells. But it can also help acute myeloid leukemia cells evade the immune response. It is thus critical to understand how SETDB1 activity is regulated.

Yoichi Shinkai at the RIKEN Cellular Memory Laboratory and his colleagues wanted to build on previous studies that had established a relationship between the nuclear protein ATF7IP and the enzyme SETDB1. Scientists already knew that ATF7IP loss in human cells prevents the histone modifications catalyzed by SETDB1. They also knew that turning off the gene that codes for ATF7IP reactivates genetic elements silenced by SETDB1. But the precise role of ATF7IP on SETDB1 activity was unknown.

The researchers conducted experiments in mouse embryonic stem cells and human embryonic kidney cells (Fig. 1). They knocked out the gene that codes for ATF7IP and examined what happened when a nuclear export inhibitor, a proteasome inhibitor, SETDB1, mutant SETDB1 and ATF7IP were added to the cells. 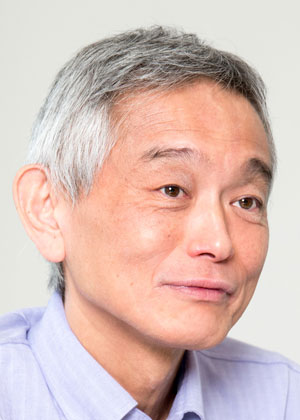 Yoichi Shinkai and his co-workers have uncovered details of how the nuclear protein ATF7IP regulates the activity of SETDB1, a gene-silencing enzyme. © 2019 RIKEN

SETDB1 needs to be attached to a small protein called ubiquitin for it to be active and capable of performing its histone activities. To increase the amount of SETDB1 that is bound by ubiquitin, SETDB1 should be localized in the nucleus, something that ATF7IP takes care of. The scientists found that ATF7IP binds to a specific region on SETDB1, preventing its export from the nucleus. ATF7IP binding also imports cytoplasmic SETDB1 into the nucleus and prevents its breakdown by protein-degrading enzymes.

The researchers suggest that ATF7IP’s role in SETDB1 regulation could be a conserved and common mechanism across various species, since they verified this role in both mouse and human cells, while recent studies have found similar roles for proteins resembling ATF7IP and SETDB1 in fruit flies and roundworms.

Shinkai and his colleagues now want to investigate how ubiquitin regulates SETDB1’s enzymatic activities. “If we can clarify this mechanism, we might be able to design more-direct approaches to control SETDB1 and SETDB1-mediated biological functions,” says Shinkai.