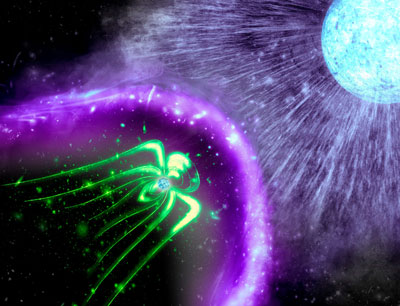 Astrophysicists are better positioned to understand mysterious magnetars—neutron stars that boast the strongest magnetic fields in the Universe—after RIKEN researchers found evidence that the brightest gamma-ray binary star system in our Galaxy may contain a magnetar1.

Known rather prosaically as LS 5039, the binary system consists of two stars that accelerate particles to extremely high energies, generating powerful gamma rays. One star is a hot, blue-white star about 23 times more massive than our Sun. The other was thought to be a pulsar, a spinning neutron star that emits beams of electromagnetic radiation as it rotates, rather like the beams of a lighthouse.

Previous observations of LS 5039 had not revealed any pulses from the pulsar, which may have been due to disruption of the telltale beams by a stellar wind—a stream of gas and particles pouring from the larger star.

Now, Hiroki Yoneda of the RIKEN Nishina Center for Accelerator-Based Science and his colleagues have studied x-rays emitted by LS 5039 that are more energetic than those investigated in previous studies and are thus less prone to this disruption. Based on observations from two space telescopes, they found that LS 5039 emits high-energy x-ray pulses every 9 seconds. Their observations suggest that the pulsar has a mass of 1.23–2.35 times that of our Sun. 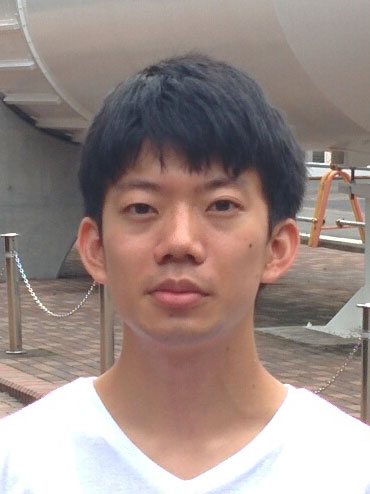 Hiroki Yoneda and his co-workers have discovered that the brightest gamma-ray binary star system in our Galaxy may contain a magnetar, a type of neutron star with the strongest magnetic fields in the Universe. © 2020 RIKEN

“We were surprised by this, because our result challenges the current most popular scenario for this binary system,” says Yoneda. “So far, all magnetars have been found as isolated systems. If our findings are true, the magnetar in LS 5039 is the first one to be found in a binary system.”

The researchers suggest that LS 5039 is so bright because the magnetar is immersed in its companion’s stellar wind, leading to interactions that accelerate electrons in a few seconds to extreme levels (of the order of teraelectronvolts).

“The most important thing to do next is to confirm the pulsation by an additional hard x-ray observation,” says Yoneda. Further observations may also pin down a more precise mass for the magnetar, which could help to reveal why they differ from normal neutron stars that have weaker magnetic fields.