Atomic arrangements of flat electrocatalysts define the fate of denitrification 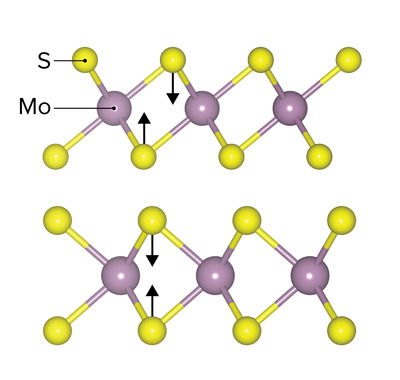 Nitrites, which pose risks to both the environment and human health, can be rendered harmless by two-dimensional (2D) electrocatalysts—provided the atoms in these flat electrocatalysts have a certain arrangement, RIKEN chemists have found1.

Commonly present in water and soils, nitrites are formed by the oxidation of ammonium salts, which are often used in fertilizers. Nitrites can cause many environmental problems including pollution of drinking water, algal blooms in lakes and rivers, and red tides in coastal waters.

Although microorganisms can convert nitrites into harmless compounds such as nitrogen gas through a process called denitrification, they cannot cope when excessive amounts of ammonium salts are released into the environment. Synthetic catalysts can help to detoxify nitrites, but they need to be selective for denitrification rather than a competitive reaction that produces other toxic byproducts.

Now, Ryuhei Nakamura of the RIKEN Center for Sustainable Resource Science and colleagues have shown how certain arrangements of atoms in electrocatalysts based on 2D molybdenum sulfide—the most studied 2D material after graphene—can guide the denitrification process to completion. 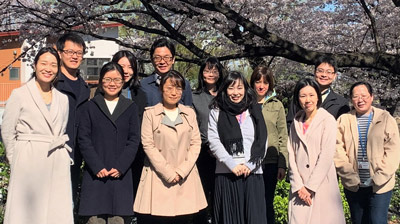 Ryuhei Nakamura (back row, third from the left) and his team have found that different arrangements of atoms in two-dimensional electrocatalysts play a key role in the outcome of the nitrite detoxification process. © 2021 RIKEN

A key step in the denitrification process is the formation of a bond between two nitrogen atoms, which requires the transfer of multiple protons and electrons. These are usually coupled when transferred between the different molecules involved in this process. However, Nakamura and co-workers had previously shown that it is possible to decouple the transfer of electrons and protons by using a modified version of molybdenum sulfide as the electrocatalyst.

As a result of this decoupling, electrons and protons are transferred at different times during the reaction, which increases the probability of forming nitrogen gas rather than other, less desirable, products. The team hypothesized that this was due to a particular atomic arrangement of the sulfur atoms around each molybdenum atom.

Molybdenum sulfide can exist in two different phases, known as 1T and 2H (Fig. 1). The two phases have the same molecular formula (MoS2), but different atomic arrangements in their lattices, and consequently they exhibit different catalytic properties.

“This selective control of the electrocatalysts is also expected to be applicable to electrochemical reactions involving multiple competing reactions, such as the reduction of carbon dioxide,” explains Nakamura. “This concept is important for green-chemistry applications. It may also help us to understand how primitive life emerged from chemically complex environments.”