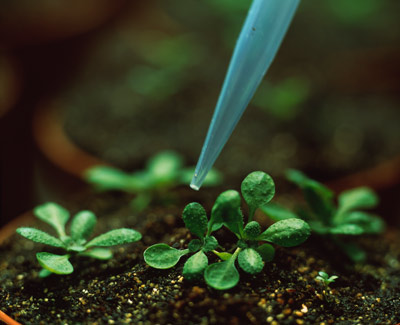 Plants are able to reuse specialized metabolic products and break them down to recover nutrients needed for basic metabolic activities, RIKEN plant scientists have discovered1. Deactivating the enzyme responsible for this mechanism could improve the production of health-promoting chemicals in crops in the future.

In addition to producing sugars and other molecules directly involved in their growth and development, plants make a range of secondary metabolites—specialized molecules that help them adapt to their environment and interact with their ecosystem, such as by providing defence against planting-eating animals. Scientists have long wondered whether the nutrients used to synthesize secondary metabolites can be released and reused in primary metabolism.

Now, a team led by Masami Hirai at the RIKEN Center for Sustainable Resource Science has explored this question by investigating whether Thale cress (Fig .1) can use the secondary metabolite glucosinolate as a source of sulfur. Glucosinolates are partially responsible for the pungency of vegetables such as mustard and horseradish, as well as the nutritional value and health benefits of broccoli and Brussels sprouts.

The team grew the plants in cultures with no sulfur, varying amounts of sulfur, or a glucosinolate. Plants grown without sulfur had severe growth defects, whereas those grown with glucosinolate exhibited normal growth. This suggests that the plants were using sulfate in the supplied glucosinolate as an alternative source of sulfur. 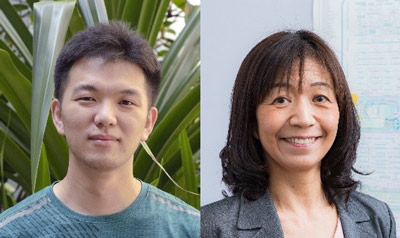 In fact, sulfur-concentration measurements revealed that the seedlings had accumulated more sulfur than plants grown with a similar amount of sulfate. This led the team to suspect that the plants were also using other sulfur atoms (that is, non-sulfate sulfur atoms) from the glucosinolate.

To investigate this, they prepared glucosinolates in which the sulfur atom making up a key bond in the molecule was a heavier isotope, so they could track it through later metabolic processes. The team found that the labeled sulfur accounted for 28–42% of different sulfur-containing amino acids in the seedlings, clearly demonstrating the breakdown of the supplied glucosinolate and its reincorporation into primary metabolism.

“I was very excited to see this,” says Ryosuke Sugiyama, the lead author of the study. “Since the potential role of glucosinolate as a sulfur reservoir has been discussed based on the sulfate group, we were surprised that the other common sulfur atom is also available as a source. This supported the presence of a systematic breakdown pathway in plants.”

“Although the potential recycling of secondary metabolites has been discussed for decades, there had been no direct evidence showing its physiological advantage,” adds Sugiyama. “Our findings show that an important secondary metabolite is recycled by plants and can thus serve as a reservoir of nutrients for primary metabolism.”