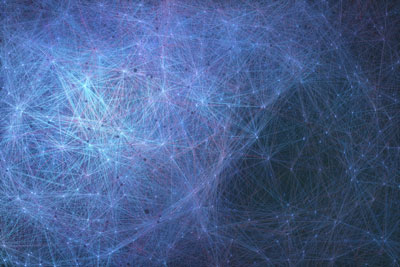 Figure 1: Three RIKEN theoretical physicists have used an artificial neural network, which mimics the way neurons are connected in the brain, to investigate the temperature evolution of quantum many-body systems. © KTSDESIGN/SCIENCEPHOTOLIBRARY

Three RIKEN theoretical physicists have used neural networks to investigate the way atoms and electrons interact with each other at finite temperatures1. This knowledge will help inform the development of future quantum technologies for advanced computation.

Many of a material’s properties, both conventional and exotic, originate from atoms and electrons interacting with each other according to the laws of quantum mechanics. Understanding these so-called quantum many-body systems is critical for predicting and controlling these properties. In addition, this knowledge will be vital for developing practically useful devices such as quantum computers.

The large number of interactions makes modeling quantum many-body systems challenging even for temperatures near absolute zero, but this becomes much harder as the temperature rises. Numerical methods that can account for the nontrivial interplay between thermal and quantum fluctuations require prohibitively high computational costs, often becoming intractable even by the most powerful supercomputers in the world.

“The numerical complexity of treating quantum many-body systems means that there is a dearth of powerful methods for finite-temperature simulations,” says Yusuke Nomura from the RIKEN Center for Emergent Matter Science. “To overcome this difficulty, we have developed several efficient methods that employ machine learning.”

A neural network is an interconnected array of nodes that is designed to process information in a way that mimics neurons in the brain. Neural networks have found applications in machine learning and artificial intelligence. “The flexibility of artificial neural networks allowed us to construct compact and accurate expressions of many-body quantum states in thermal equilibrium,” explains Nomura.

The first of the cutting-edge approaches taken by the trio was to use a machine-learning process known as a deep Boltzmann machine to create a mathematical description of a quantum many-body system called the Gibbs state. Their second method employed so-called stochastic sampling to optimize the parameters of their network.

“The ultimate goal of our approach is to reveal complex finite-temperature phenomena that remain unexplored in a wide range of fields, including condensed-matter physics, atomic physics, statistical mechanics and quantum optics,” says Nomura. “While we need to improve the method, we’re confident it will give us a better understanding of the thermal behavior of quantum many-body systems, which in turn will provide a stronger foundation for designing future quantum devices and investigating new functional materials.”