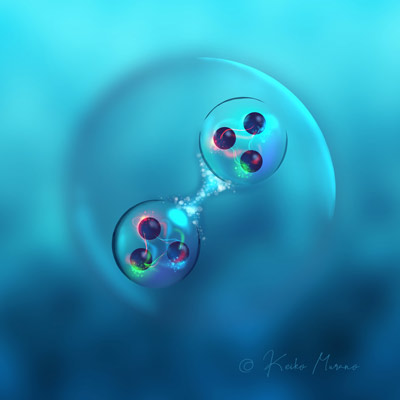 The predicted existence of an exotic particle made up of six elementary particles known as quarks by RIKEN researchers could deepen our understanding of how quarks combine to form the nuclei of atoms1.

Quarks are the fundamental building blocks of matter. The nuclei of atoms consist of protons and neutrons, which are in turn made up of three quarks each. Particles consisting of three quarks are collectively known as baryons.

Scientists have long pondered the existence of systems containing two baryons, which are known as dibaryons. Only one dibaryon exists in nature—deuteron, a hydrogen nucleus made up of a proton and a neutron that are very lightly bound to each other. Glimpses of other dibaryons have been caught in nuclear-physics experiments, but they had very fleeting existences.

“Although the deuteron is the only known stable dibaryon, many more dibaryons may exist,” says Takuya Sugiura of the RIKEN Interdisciplinary Theoretical and Mathematical Sciences Program. “It’s important to study which pairs of baryons form dibaryons and which do not because this provides valuable insights into how quarks form matter.”

Quantum chromodynamics is a highly successful theory that describes how quarks interact with each other. But the strong coupling that occurs between quarks in baryons complicates quantum chromodynamics calculations. The computations become even more complex when considering bound states of baryons such as dibaryons. 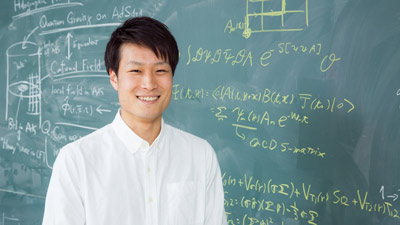 Takuya Sugiura and his co-workers have predicted the existence of a dibaryon made up of six charm quarks. © 2021 RIKEN

Now, by calculating the force acting between two baryons each containing three charm quarks (one of the six types of quarks), Sugiura and his co-workers have predicted the existence of a dibaryon they called the charm di-Omega.

For this calculation, the team solved quantum chromodynamics with large-scale numerical calculations. Since the calculations involved a vast number of variables, they used two powerful supercomputers: the K computer and the HOKUSAI supercomputer. “We were extremely fortunate to have had access to the supercomputers, which dramatically reduced the cost and time to perform the calculations,” says Sugiura. “But it still took us several years to predict the existence of the charm di-Omega.”

Despite the complexity of the calculations, the charm di-Omega is the simplest system for studying interactions between baryons. Sugiura and his team are now studying other charmed hadrons using the supercomputer Fugaku, which is the K computer’s more powerful successor. “We’re especially interested in interactions between other particles containing charmed quarks,” says Sugiura. “We hope to shed light on the mystery of how quarks combine to form particles and what kind of particles can exist.”