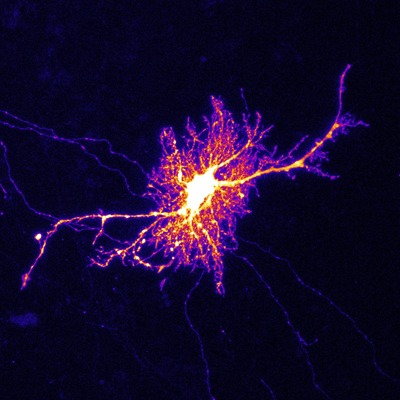 Figure 1: A micrograph showing a labeled astrocyte. Yukiko Goda and her team have demonstrated how astrocytes play a prominent part in tuning the changes in neuronal activity that enable memory formation. © 2022 RIKEN Center for Brain Science (Thomas Chater)

RIKEN neuroscientists have discovered a surprising mechanism for how neuronal activity in mice is dynamically tuned—with signaling at some synapses increasing, while other synapses go quiet—so as to promote the process of learning and memory formation1. This finding provides new insights into the role brain cells called astrocytes play in memory creation.

A team led by Yukiko Goda of the RIKEN Center for Brain Science has been seeking to understand the neural processes underlying learning and memory formation. “One of our major goals is to understand how the strengths of individual synapses are set and dynamically modified,” says Goda.

In a 2016 study, Goda’s team used cell cultures derived from rat brains to study the behavior of simple systems in which multiple input neurons formed synaptic connections with the dendrite of a single recipient neuron. They determined that astrocytes (Fig. 1)—a highly abundant population of cells that play various essential supporting functions in the brain—facilitated the strengthening of active synapses, while weakening less-active synaptic connections.

Now, the team has probed this regulatory mechanism more deeply. In particular, they focused on the role of receptors for the neurotransmitter N-methyl-D-aspartate (NMDA) in the mouse hippocampus, the brain region where memories are formed.

“NMDA is a well-established component of neuronal signaling in the hippocampus,” explains Goda. “But the idea of astrocyte NMDA receptors has met with some skepticism.” Nevertheless, her team’s prior work offered compelling evidence that such receptors are directly involved in tuning the connections between nearby neurons.

In the present study, Goda and colleagues used various interventions to selectively interfere with NMDA receptor activity in mouse astrocytes. These treatments clearly affected activity on the presynaptic side of synapses, modulating the terminals of input neurons, rather than the dendrites of the neurons that received those signals. Consequently, synaptic activity between input and recipient neurons became more uniform overall, rather than shifting dynamically to favor activity at some synapses relative to others.

Mathematical modeling, done in collaboration with Tomoki Fukai’s team at the Okinawa Institute of Science and Technology Graduate University (OIST), revealed that these changes in synaptic function greatly reduced neural plasticity in the hippocampus, namely the selective reinforcement of memories through the strengthening and weakening of synapses between neurons.

The team is now trying to better understand the organization, activity and distribution of NMDA receptors in hippocampal astrocytes, and the broader influence of these non-neuronal receptors on animal behavior. “We want to discover whether mice with impaired astrocyte NMDA receptors show altered hippocampal network activity, and, if so, whether those changes relate to spatial and contextual learning,” says Goda.