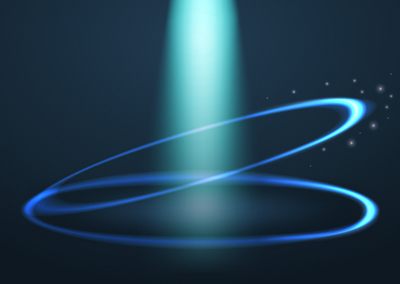 Quantum optics might offer a way to make a class of exotic materials known as topological materials even more robust against defects, theoretical physicists at RIKEN have shown1. This finding could benefit the development of quantum computers and other emerging quantum technologies.

Topological materials are exciting because local defects and imperfections in them don’t affect their properties. But they are not immune to larger-scale, non-local disorder within the material.

Quantum optics is the study of how individual ‘particles’ of light, or photons, interact with matter. Its theory tells us that this interaction can be altered by controlling the electromagnetic properties of the matter’s environment.

Now, in a theoretical study, Wei Nie and Franco Nori from the RIKEN Theoretical Quantum Physics Laboratory and their colleagues from France and China have discovered that the topology can be protected in vacuum electromagnetic fields.

“Our work pinpoints the novel properties of topological light–matter coupling,” says Nori. “This may allow us to manipulate topological matter with quantum light.”

By combining ideas from both condensed-matter physics and quantum optics, the researchers found that light emission from the topological electronic states changes with the strength of the light–matter coupling in a counterintuitive way. Light can be emitted in a weak-coupling regime, whereas strong light–matter coupling inhibits emission. It also increases the quantum coherence—the length of time the light can maintain its quantum state.

This suggests an approach to tune quantum coherence without fiddling with the coupling between the system and the environment. Topological matter’s robustness to local disorder makes it of great interest for quantum computation. However, non-local disorder remains a problem and limits the quantum coherence that is vital for all quantum technologies. The improved coherence offered by taking advantage of strong coupling can therefore be employed for better quantum information storage.

“Our work shows that topological light–matter coupling is an important resource for quantum optics and condensed-matter physics,” says Nie. “The topological features of matter give rise to novel quantum optical phenomena, which are useful for quantum computation and quantum technologies.”