Learning improvements during sleep found to stem from the learning process 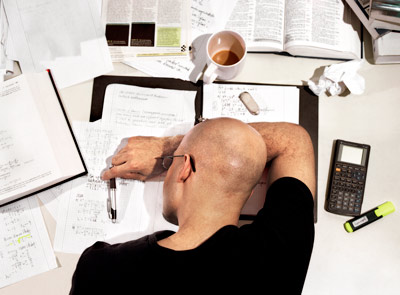 Figure 1: Sometimes taking a nap is the best way to learn. A study by a RIKEN researcher has revealed the mechanism behind the consolidation of learning that occurs during sleep. © Holloway/Stone/Getty Images

The consolidation of learning that occurs during sleep is a result of the learning process and not merely because certain brain regions get used a lot during learning, a RIKEN researcher and her collaborator have shown1. This finding resolves a long-standing debate among sleep researchers.

In Japan, many school students stay up very late to cram for exams, but that is a self-defeating strategy according to Masako Tamaki of the RIKEN Center for Brain Science. “When you want to learn something, you should go to bed at a regular time,” she recommends. “Students study very late, but a lot of that knowledge will be lost if they don’t get enough sleep.”

That’s because new knowledge and skills that we acquire while awake are consolidated through neural processing that occurs when we sleep.

But there has been much debate about how this consolidation occurs. Is it simply because neurons that get used a lot when learning are downregulated for renormalization during sleep? Or is there something inherent in the learning process that causes this consolidation to occur?

Now, strong evidence for the learning-dependent model for consolidation during sleep has been found by Yuka Sasaki at Brown University in the United States and Tamaki, who first became interested in sleep research after a sleep-paralysis episode during which she thought she was being strangled by a stranger.

Two groups of young volunteers each underwent two sessions of training with a visual exercise. For the first group, the two training sessions were identical and they got better at the exercise. In contrast, the second training session for the second group was designed to nullify the learning achieved in the first session, and consequently they showed very little overall improvement.

The two groups then slept, and their performances on the visual exercise were measured on waking. The results provided strong support for the learning-dependent model. First, the behavioral results indicated that the first group showed substantial improvements after sleeping, whereas the second group showed almost none despite having been trained for the same amount of time. Second, the brain-signal monitoring during sleeping revealed that two kinds of activities consistent with that model were involved in processing, namely theta activity during rapid eye movement (REM) sleep and sigma activity during non-REM sleep. However, the study found no involvement of slow-wave activity during non-REM sleep, which has been shown to be associated with use-dependent processes.

These results confirmed the pair’s suspicions: learning, and not just brain usage, is critical for consolidation during sleep. “Previous studies we had done were more consistent with the learning-dependent model,” notes Tamaki.