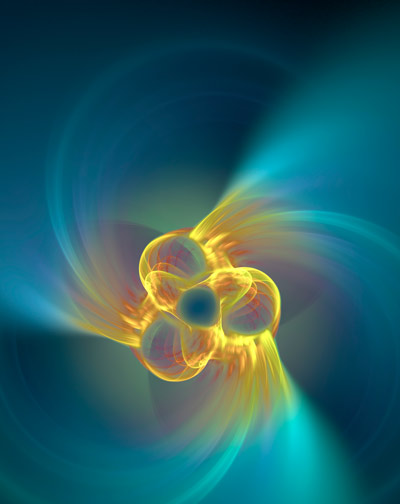 In a result with implications for how carbon nuclei, the atomic building blocks of life, are birthed inside stars, calculations by a RIKEN-led team suggest that the dozen protons and neutrons that make up the carbon-12 nucleus are clustered into three groups of two protons and two neutrons—essentially three helium nuclei1.

The sheer complexity of the many interactions between the protons and neutrons in atomic nuclei makes it impossible to precisely calculate their structures beyond the very smallest nuclei. Nuclear physicists thus rely on models to gain insights into the structures of nuclei.

One particularly compelling model, first proposed in the 1930s, posits that the neutrons and protons in large nuclei clump into groups of two protons and two neutrons. The helium nucleus is unusually stable, as evidenced by the fact that massive, unstable nuclei such as uranium often spit out helium nuclei when they decay into more-stable nuclei.

But attractive as this model is, it hasn’t yet been confirmed experimentally because of the difficulty of taking snapshots of nuclei whose protons and neutrons are constantly moving. 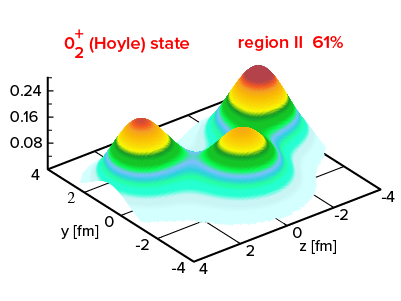 Figure 1: Computer modeling of carbon-12 nuclei has revealed that the ground and Hoyle states (shown here) of the carbon-12 nucleus consist of three helium nuclei that are arranged in surprising ways. Reproduced from Ref. 1 and licensed under CC BY 4.0 © 2022 T. Otsuka et al.

In the case of carbon-12, this question has ramifications for life on Earth. “Carbon makes up nearly a fifth of the human body and is critical for all life on Earth,” says Takaharu Otsuka of the RIKEN Nishina Center for Accelerator-Based Science. “But we still lack a complete picture as to where and how carbon was created in the Universe.” Having more accurate knowledge of the structure of the carbon nucleus would help astrophysicists improve their understanding of how carbon is made inside stars.

Now, supercomputer simulations performed by Otsuka, Takashi Abe and Hideki Ueno, all at the RIKEN Nishina Center for Accelerator-Based Science, and co-workers have revealed that the ground and Hoyle states of the carbon-12 nucleus consist of three helium nuclei that are arranged in surprising ways. 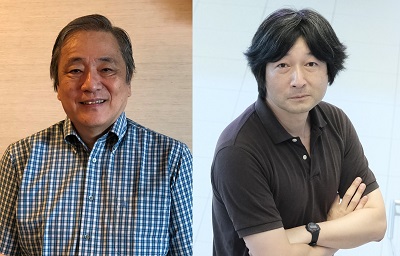 These calculations were performed on RIKEN’s Fugaku, one of the world’s most powerful supercomputers. Importantly, they were based on first principles, meaning that they didn’t involve any assumptions about how nuclei should behave. Also, the results were consistent with experimental observations, inspiring confidence that they provide an accurate depiction of what is really going on inside nuclei.

The team also showed that clusters of helium nuclei are present in two isotopes of the element beryllium: berlyllium-8 (four protons and four neutrons) and berlyllium-10 (four protons and six neutrons). They suspect that they exist in larger nuclei too, although the calculations to show that would need more-advanced supercomputers.

This result will help inform models of how nuclei form. “Our finding could contribute to a better understanding of nuclear synthesis,” notes Otsuka.