RIKEN researchers have created an effective source of single photons for emerging quantum technologies by adding molecules to carbon nanotubes using a reaction that occurs in the vapor phase1.

Quantum technologies are on the verge of revolutionizing computing and communications, promising benefits such as secure communication, ultrasensitive sensing and parallel computing. Many of these applications require light sources that can generate single photons—the smallest packets of light possible—on demand.

A promising source of single photons in the infrared wavelength range used in telecommunications is carbon nanotubes—cylinders of graphene sheets that are a mere nanometer or so in diameter—that have been imparted with new functions, or functionalized, by adding an organic molecule.

The cleanest way to do this would be to use carbon nanotubes suspended across an air gap, but unfortunately this isn’t compatible with the usual approach of functionalizing carbon nanotubes, which takes place in solutions. “Carbon nanotubes functionalized in solution tend to be really short and have defects all over them,” notes Yuichiro Kato of the RIKEN Center for Advanced Photonics (RAP).

Now, Kato and Daichi Kozawa, also of RAP, and their co-workers have developed a method for functionalizing carbon nanotubes that can be done in the vapor phase, and hence on nanotubes suspended across a trench in a silicon substrate (Fig. 1). 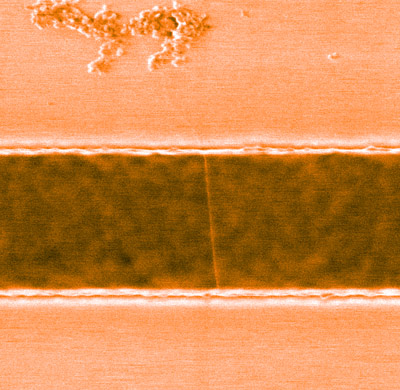 Figure 1: A carbon nanotube suspended across a trench in a silicon substrate. By developing a method that allows such suspended nanotubes to be functionalized with organic molecules, RIKEN researchers have enhanced their usefulness for sources of single photons.

“We grew fairly long nanotubes and functionalized them in the vapor phase, so they had no contact with solutions, which contain a lot of impurities,” says Kato. ”This method allowed us to introduce organic molecules without also incorporating undesirable defects.”

The study was a collaboration born out of a pre-pandemic interaction at an international conference. Kato and Kozawa’s team at RAP produced the suspended nanotubes and then sent them to chemists in the University of Maryland in the United States for functionalization, who then sent them back for analysis. “YuHuang Wang at the University of Maryland is a great chemist, and he’s the one who got curious about the possibility of doing these reactions in the vapor phase,” says Kato. “It took us a few rounds, but we were able to see good emission from the organic molecules on the nanotubes.”

The team verified the optical performance of their carbon nanotubes by performing spectroscopic measurements on more than 2,000 of them. They discovered that the number of organic molecules introduced per nanotube increased with smaller diameter nanotubes, and they were able to model this effect in terms of the greater reactivity of narrower nanotubes.

The team now intends to optimize the functionalization process so that just one organic molecule is introduced per nanotube. 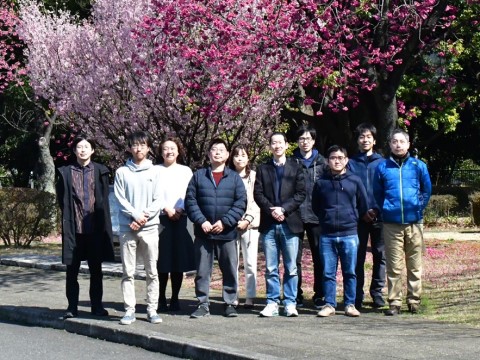