On December 2, a symposium was held in Brussels to mark the first anniversary of the establishment of RIKEN’s Europe Office there. More than 100 guests came to the event, including Takeshi Nakane, Ambassador for Science and Technology of the Ministry of Foreign Affairs of Japan (MOFA), and Jean-Eric Paquet, the European Commission's Director General for Research and Innovation.

In his welcoming address, RIKEN Executive Director Shigeo Koyasu said, “We are delighted to be able to hold our anniversary event in this historic venue. I hope today’s symposium will be a trigger for further fruitful collaborations with European partners and beyond.”

Following his address, a number of representatives from RIKEN’s research centers, including Center for Sustainable Resource Science Director Kazuo Shinozaki, Center for Integrative Medical Sciences Director Tadashi Yamamoto, Center for Emergent Matter Science Deputy Director Seigo Tarucha, and Center for Computational Science Director Satoshi Matsuoka, explained the work of their respective centers and their partnerships with Europe. The event also featured a panel discussion where policy specialists from Japan and the EU, including Koshi Nitta, Director of the International Science and Technology Affairs Division, Science and Technology Bureau, at the Ministry of Education, Culture, Sports, Science and Technology (MEXT), discussed trends in science and technology policy in Europe and Japan as well as the expansion of cooperation between RIKEN and research institutes in Europe. 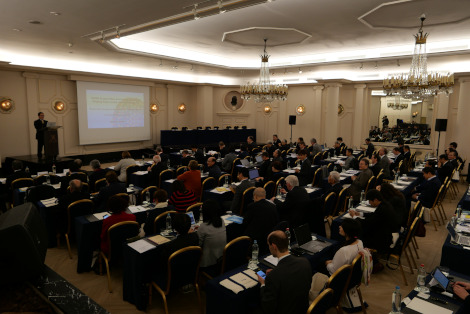 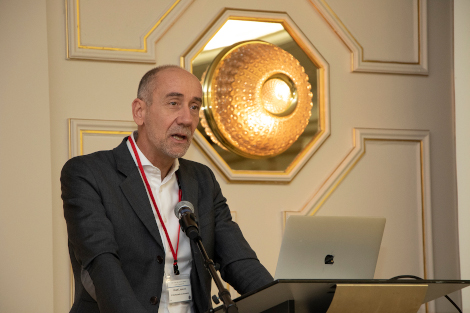 Jean-Eric Paquet of the European Commission speaks at the event.