Fugaku extends its reign as champion of supercomputers 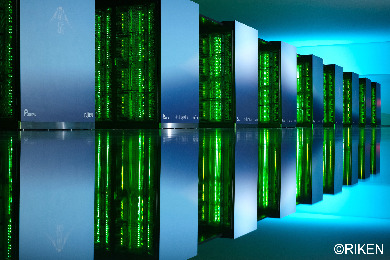 The supercomputer Fugaku—aptly named after Japan’s tallest mountain, Mt. Fuji—maintained its place at the top of the high-performance computing world for the fourth consecutive term. At SC21, a hybrid high-performance computing event being held in St. Louis in the United States and online, it was awarded first place on the TOP500 list—the best-known supercomputing benchmark, as well as HPCG, a measure of supercomputer performance on real-world applications, and HPL-AI, which ranks computers on artificial intelligence-related tasks, and Graph500, which gauges a computer’s ability to handle data-intensive loads. Fugaku, which was jointly developed by RIKEN and Fujitsu Limited, began to be used for shared use in March this year.

According to Satoshi Matsuoka, Director the RIKEN Center for Computational Science, “Fugaku is a crystallization of the world's most advanced IT technology, combining high performance, low power consumption, and user friendliness. In addition to topping the major benchmarks of simulations, big data, and AI for the fourth consecutive term, it has also made a major contribution to the establishment of COVID-19 safety guidelines for the government and private sector, and has helped lead a digital transformation in the area of infectious diseases. With this continued dominance we have shown that Fugaku is leading the world in a range of areas. We will continue to use it to contribute to the achievement of Society 5.0 and the SDGs in Japan.”

According to Naoki Shinjo, Corporate Executive Officer of Fujitsu Limited, “I am overjoyed that we have been able to win these four awards for the fourth consecutive term. I look forward to seeing many researchers take advantage of the world-leading performance of Fugaku, and to seeing it contribute to the further development of science and technology and the achievement of a safe and secure society. I would like to express my heartfelt gratitude to RIKEN and other parties for their cooperation and support. We ourselves are conducting research on high-performance computing and have used Fugaku for real-time predictions of tsunami flooding. We will continue to contribute to efforts for the achievement of Society 5.0.”