The prestigious Gordon Bell Award this year was given to work carried by a group led by the French Alternative Energies and Atomic Energy Commission (CEA). The research, which involved using supercomputers to help design a new type of particle accelerator using plasma, was carried out using four supercomputers around the world: Fugaku in Japan, along with Frontier, Summit, and Perlmutter in the United States. This research achievement could help the development of compact laser-based electron accelerators, which could be used for next generation high-energy physics experiments and ultra-high dose rate FLASH radiotherapy, a promising new avenue of cancer therapy.

Two other of the six finalist projects, one on geostatistical modeling and prediction, and another on earthquake modeling, also used Fugaku for their work.

RIKEN Center for Computational Science Director Satoshi Matsuoka said, “We are very pleased that, for the second year in a row, the ACM Gordon Bell Prize, one of the most prestigious awards in supercomputing, has been awarded to a research achievement using Fugaku. In particular, since the prize is based on highly valuable scientific results, the fact that half of the finalists this time used Fugaku and that one of them won shows that Fugaku was designed with the spirit of being 'applications first' and is not merely excelling on synthetic benchmarks. Our achievement with the prize provides an important guideline for the future of supercomputers, from their use to their evolution.” 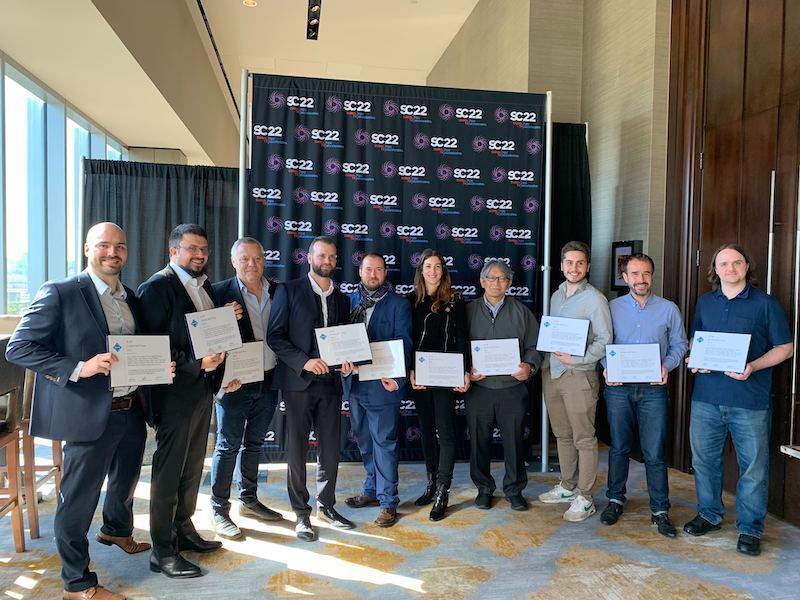