In research published in Nature Communications, researchers from the RIKEN Center for Emergent Matter Science in Japan, along with collaborators in Europe and Japan, have identified a class of materials that displays clear evidence for stable skyrmions at room temperature and above, paving the way for the development of useful spintronics devices.

Magnetic skyrmions are tiny, nanometer-sized magnetic-spin vortices that emerge in magnetic materials. Because they are so small, they could potentially be used as extremely dense memory devices, with the presence or absence of skyrmions being used to denote bits in computer calculations. Achieving this could lead to the advent of a new class of low-power-consumption devices dubbed "spintronics", which include high-density magnetic memory.

However, skyrmions are not always easy to use. Though they occur ubiquitously in magnets, in a diverse range of circumstances, they are not always easy to control. The ultimate dream of researchers has been to create stable skyrmions—which do not decay—in a set chirality, so that their presence or absence can be manipulated to represent data for storage devices.

Skyrmions emerging from a process called the Dzyaloshinskii-Moriya interaction have been considered to be particularly promising, as they are small (under 150 nanometers) and have a fixed direction of spin. As a result, they could host a large number of stable skyrmions which could be manipulated by electrical currents, and hence could be used to create high-density storage. Such stable skyrmions have been found in certain crystal structures, but in the materials studied so far, such as MnSi and Cu2OSeO3, the skyrmions emerge most strongly in low temperatures, requiring low-temperature manipulation.

For the present study, the scientists decided to look at a type of magnetic material made up of cobalt, zinc, and manganese, whose structure seemed likely to host stable skyrmions. Using a variety of techniques, they were able to show indeed that when a magnetic field was applied, the material showed the clear presence of skyrmion crystals in both a bulk shape and when shaped into a thin plate. These skyrmions were both stable and chiral—meaning that they spun in a set direction—so that they could be manipulated to encode information.

According to Yusuke Tokunaga of CEMS, who is the first author of the work, "We are quite excited about these results, as they may answer the long-held expectation that we can find skyrmion hosting systems in a variety of new materials. In addition, the fact that we have shown that skyrmions can be stabilized at room temperature and above opens the road to looking for ways to integrate skyrmions into spintronics devices without complicated cooling systems."

The research was done by CEMS scientists in collaboration with scientists from the Paul Scherrer Institut and Ecole Polytechnique Federale de Lausanne in Switzerland and the University of Tokyo in Japan. 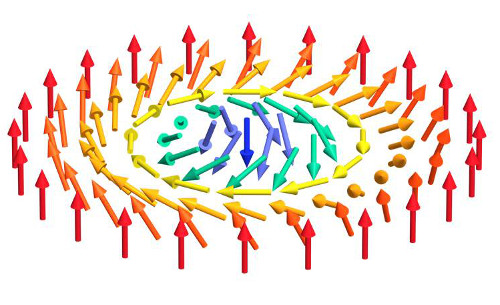 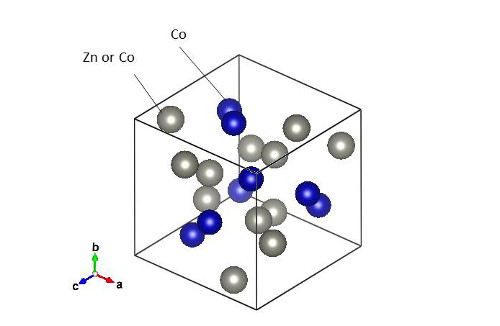 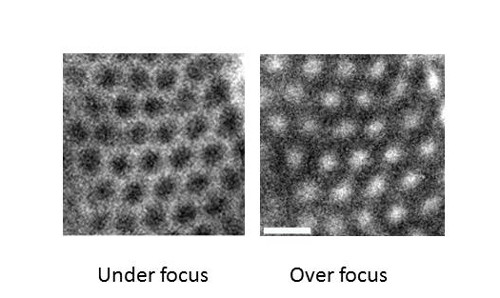