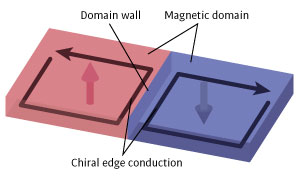 Figure 1: The wall between two magnetic domains (red and blue) creates chiral edge states that act as channels to carry electrons with no loss of energy. From Ref. 1. Reprinted with permission from AAAS.

By controlling magnetized patches within thin films of material, RIKEN researchers have created electronic channels that can carry a current without any loss of energy1. This principle could eventually lead to extremely low-power electronic devices for storing and processing information.

The researchers’ work relies on a phenomenon called the quantum anomalous Hall effect (QAHE). This is related to the Hall effect, in which a magnetic field applied at right angles to an electrical current causes electrons in the current to drift to one side of the conductor, creating a voltage across the material.

The QAHE typically occurs in thin films at very low temperatures. Magnetic atoms within the material, rather than an external magnetic field, cause the same sort of electron drift.

Now, Kenji Yasuda of the University of Tokyo, along with colleagues at the RIKEN Center for Emergent Matter Science, has created a device that demonstrates how the QAHE could be exploited in computer chips.

Their device contained layers of bismuth antimony telluride, each a few nanometers thick, with alternating layers seeded with magnetic chromium atoms. Working at just half a degree Celsius above absolute zero, the researchers used a magnetic force microscope to apply a small magnetic field to it. They scanned the microscope over the device to create a magnetic patch, or domain, a few tens of micrometers wide. The edges of this area, known as domain walls, acted as magnetic boundaries: the magnetic orientation of the material pointed upward on one side of the wall and downward on the other side (Fig. 1). 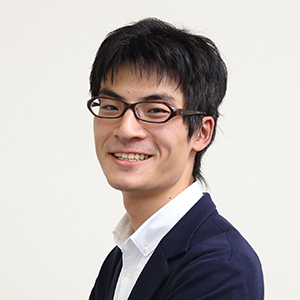 Kenji Yasuda and co-workers have used magnetized patches in a material to control the flow of electrons, which could be useful in low-power spintronic devices. © 2018 RIKEN

The researchers found that electrons, drifting due to the QAHE, could bounce along the domain wall in a process called chiral edge conduction. This happened because each domain wall had two ‘chiral edge states’, one on either side of the wall, which acted as channels to carry electrons in the same direction (Fig. 1). “Since these electrons are never scattered by disorders or defects, they can flow without loss of energy,” says Yasuda.

The team now hopes to create chiral edge states at higher temperatures and control their position using an electric current. “These developments will be important steps for realizing electronic devices based on chiral edge states,” Yasuda comments.