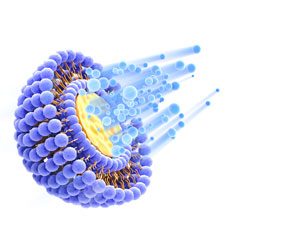 Figure 1: Drug-delivery vesicles (shown) are designed to release drugs where they are needed in the body. Now, RIKEN researchers have combined lipids and peptides to create vesicles that release their cargo in response to a temperature change. © ALFRED PASIEKA/SCIENCE PHOTO LIBRARY

Nanoscale drug-delivery capsules that release their therapeutic cargo when triggered by a temperature change could boost the efficacy and reduce the side effects of many drugs. Researchers at RIKEN have combined lipids and peptides to create capsules with temperature-responsive controlled release behavior1. The hybrid capsules combine the advantages of each material to enhance both capsule stability and controlled release.

Although many experimental drug-delivery capsules, or ‘vesicles’, have been developed recently, several hurdles still have to be overcome before they can be widely used in the real world, explains Motoki Ueda from the RIKEN Center for Emergent Matter Science, who co-led the study alongside Yoshihiro Ito. “Some of the problems that still need to be solved include low stability, short circulation times in the bloodstream, controlled drug release and poor targeting of tissue,” Ueda says. “I’m convinced that soft materials can overcome these problems.”

Lipid assemblies are soft materials that have many advantages as drug-delivery vesicles, including the ability to self-assemble, biocompatibility, biodegradation, phase transitions at useful temperatures and the ability to fuse to cell membranes. But vesicles made purely from lipids are too fragile to withstand for long the physical stresses encountered when traveling through the bloodstream.

Now, Ito, Ueda and their colleagues have created high-stability, drug-delivery vesicles by combining lipids with peptides—another soft material that has the ability to self-assemble. The hybrid vesicles consisted mainly of a tough peptide material interspersed with small patches of lipid. 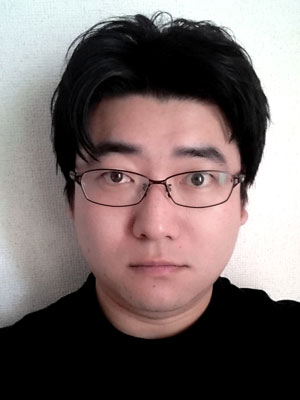 Motoki Ueda and his co-workers have created hybrid vesicles that bring together the properties of peptides with lipids for enhanced controlled release performance. © 2019 RIKEN

“The peptide-rich areas make the hybrid vesicles highly stable,” says Ueda. The hybrid vesicles are more stable than lipid vesicles, retaining their shape and structural integrity when stored for a month at 4 degrees Celsius. “On the other hand, the lipid domain underwent a phase change from gel to liquid crystal.” This phase change occurs when the vesicles are warmed to 38 degrees Celsius, which is just above body temperature, and it is like opening the capsule. The lipid sections of the vesicle become porous and rapidly release the capsule’s content, the team showed. The temperature could be realized in practice by using the hybrid vesicles in combination with a material that heats up when light is shone on it.

The team next wants to demonstrate the potential of hybrid vesicles as drug-delivery carriers by exploiting other facets of lipid functionality, Ueda says. One idea the team plans to explore is protein-lipid hybrid vesicles that can fuse to living cells via the lipid domain, and hence deliver their therapeutic cargo directly to target cells.