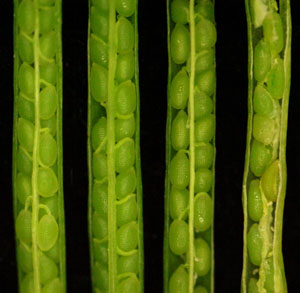 Plant cells use an unknown mechanism to mark damaged chloroplasts for destruction, RIKEN biologists have discovered1. This finding could eventually lead to more sustainable agriculture through the reduced use of fertilizers.

Cells prevent damaged organelles and dysfunctional proteins from accumulating by breaking them down. This also allows the component molecules to be reused.

There are two main degradation pathways. In the ubiquitin–proteasome system for degrading proteins, a process known as ubiquitination tags proteins for degradation. Another pathway, autophagy, involves membrane-bound vesicles engulfing damaged proteins or organelles and digesting them for recycling.

Researchers are interested in how these two pathways interact. In mammalian cells, ubiquitination tags mitochondria for degradation via autophagy. A team led by Masanori Izumi of the RIKEN Center for Sustainable Resource Science set out to discover whether a similar process occurs in plant cells for the autophagy of chloroplasts—the organelles where photosynthesis occurs. While some chloroplast proteins are marked for degradation by ubiquitination, it wasn’t known whether this process also tags damaged chloroplasts. 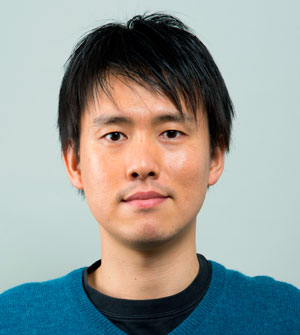 Masanori Izumi and co-workers have shown that an unknown mechanism is responsible for chloroplast degradation in plant cells.© 2020 RIKEN

But the interaction between ubiquitination and autophagy isn’t quite that simple. When the team combined the pub4 mutant with mutations of autophagy genes, they found that the plants had more severe phenotypes than the single mutants did individually (Fig. 1). The leaves lost chlorophyll more quickly, and the plants accumulated higher levels of reactive oxygen species and produced fewer seeds. The double mutants also accumulated ubiquitinated proteins—proteins were being marked for degradation but weren’t being broken down. Finally, the double mutants were more susceptible to the effects of carbon or nitrogen starvation.

“This shows the importance of the degradation systems for plant growth,” says Izumi. “If we can control these degradation systems, we can improve growth or nutrient recycling. That could help reduce fertilization in agriculture, decreasing environmental costs and leading to more sustainable crop production.”