Diverse green millet genomes offer scientists a glimpse into its evolutionary history and a tool to examine maize, sorghum, and domesticated millet 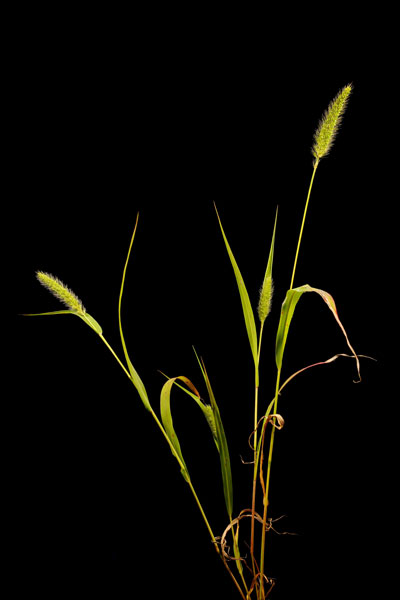 Scientists will be better able to investigate the genetics of important traits in crops such as maize and sorghum thanks to a new genome resource for green millet developed by a team that included three RIKEN researchers1. Its value has already been demonstrated by identifying the gene in foxtail millet responsible for seed shattering—the process by which plants release seeds, which is essential for plants to propagate in the wild but is a major cause of yield loss in crops.

The genome resource consists of a reference sequence from green millet line A10.1 together with the sequenced genomes of nearly 600 diverse samples of green millet. It was assembled by an international team led by Elizabeth Kellogg of the Donald Danforth Plant Science Center and Jeremy Schmutz of the Department of Energy Joint Genome Institute, and included Hitoshi Sakakibara of the RIKEN Center for Sustainable Resource Science.

The researchers first used the new tool to investigate population structure and evolutionary history. An analysis based on genetic changes identified several subpopulations derived from distinct Eurasian gene pools. It also showed that some of the North American populations are admixtures of different Eurasian subpopulations, supporting the idea that green millet came from Eurasia and entered North America through several routes, after which the founding populations dispersed and mixed together.

The team also used their genome resource to investigate selection and domestication, developing new methods to analyze the genomic data. “This allowed us to map the presence and absence of gene variants, even for genes not in our genomic reference,” says Schmutz. “It also enabled us to analyze structural variants better than what is usually possible from short-read sequencing data.”

By looking at correlations between different kinds of genomic variation and environmental variables, the team investigated how green millet has adapted to various conditions. They didn’t find many loci linked with abiotic variation, but instead found signs of selection on many genes involved in flavonoid metabolism. “Many flavonoid compounds are thought to provide defense against pathogens and being eaten by animals,” explains Kellogg. “Because herbivores and pathogens differ in different geographical regions, we might expect plant defense compounds to differ as well.”

Finally, the researchers used this genomic tool to determine how the domestication of millet had reduced seed shattering. They identified a single gene linked with variation in shattering, which had been mutated in domesticated foxtail millet. Using CRISPR–Cas9 gene editing to knock out the gene in green millet, the researchers confirmed its function to reduce shattering.

As green millet is a model species for the study of related crops such as millet, maize and sorghum, this valuable genome resource can help to untangle the biology and evolutionary history of these crops and identify genes for biotechnological improvement.