Plant cells use autophagy to keep their mitochondrial population healthy

Malfunctioning mitochondria in plant leaves are digested via autophagy 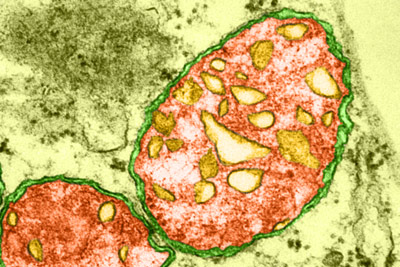 Damaged mitochondria in plant leaves are disposed of by being engulfed and digested, RIKEN plant scientists have discovered1. This result highlights the key role that autophagy plays in the quality control of leaf mitochondria.

Just as ultraviolet light damages our skin cells, so it can harm plant cells. They recover from this damage by breaking down damaged components—a process known as autophagy. But the mechanism for this hasn’t been fully determined. In particular, it isn’t known what role autophagy plays in the disposal of damaged mitochondria—the organelles that produce much of a cell’s energy.

Now, Izumi and co-workers have investigated the importance of autophagy in the turnover of damaged mitochondria.

The team tested how mutants of the model plant Arabidopsis defective in autophagy responded to ultraviolet-B (UVB) light or high-light conditions. The leaves of the autophagy mutants lost chlorophyll more rapidly under UVB light than normal plants, but they were not more sensitive to high-light conditions. Since both treatments affect chloroplasts, the researchers concluded that the different responses must be because another organelle is sensitive to UVB light but not intense light. 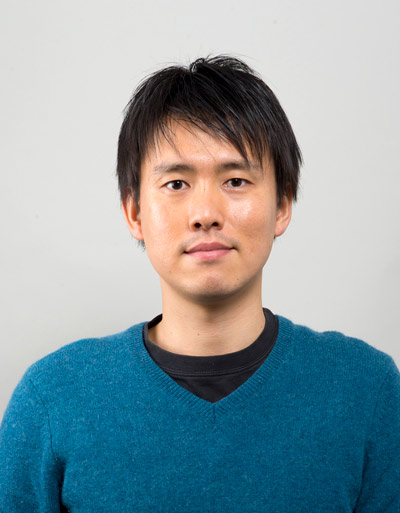 Masanori Izumi and his team members have shown that autophagy plays a key role in the quality control of leaf mitochondria..© 2021 RIKEN

To identify the vulnerable component, the team exposed plants to UVB light and monitored various organelles. They found that the number of mitochondria dropped after UVB exposure in wild-type plants, but increased in the autophagy mutants due to damaged mitochondria fragmenting.

While Izumi had expected mitochondria to be regulated by autophagy, he was surprised by the extent it occurred in UVB-damaged leaves. “Under other conditions, the number and shape of mitochondria in mature Arabidopsis leaves didn’t change as rapidly as they did in the leaves of the ultraviolet-B-damaged mutant plants,” he says. “I was surprised by that.”

Finally, the researchers showed that destruction of damaged mitochondria via autophagy occurs in response to other sources of mitochondrial dysfunction besides UVB-induced damage. Mitochondria clumped together in clusters in plants with a mutation in the gene FRIENDLY, which regulates mitochondria distribution. When this mutation was combined with autophagy mutations, the team observed even more mitochondrial clusters, suggesting that autophagy normally helps mitigate these defects.

Izumi next plans to investigate the molecular mechanisms behind the autophagy of mitochondria in plants.